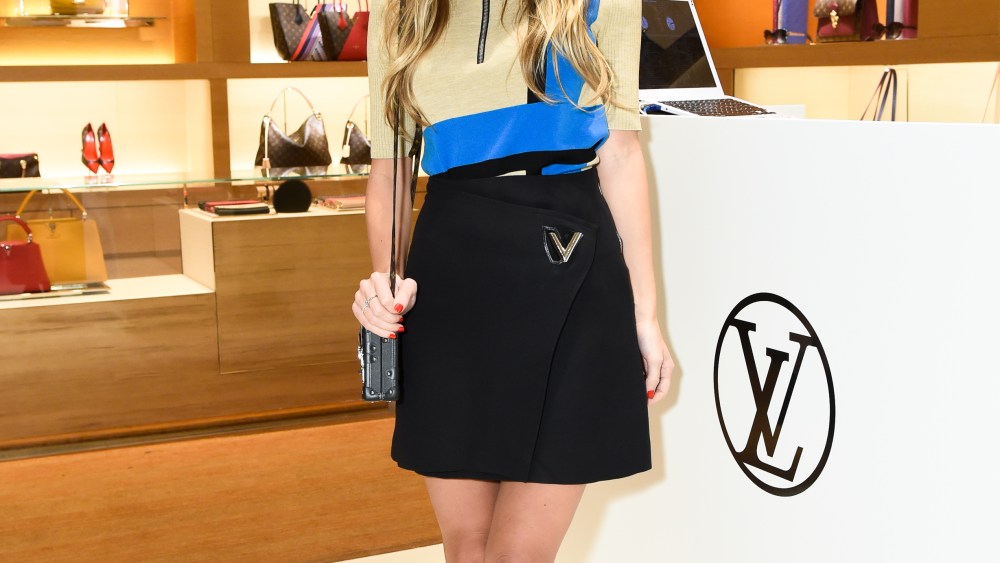 Louis Vuitton feted the launch of its first #MakeAPromise day in its stores worldwide, including special cocktail parties in key locations across North America such as New York, Miami, Houston, Dallas, Los Angeles, Costa Mesa, Seattle, Manhasset, San Diego, Atlanta, Washington D.C., Boston, Montreal and Toronto. In those stores, digital influencers and UNICEF ambassadors helped to raise awareness and spread the word on the LV for UNICEF partnership, which was unveiled last year.

“I have a two-year-old daughter and I am totally passionate about the UNICEF cause. It’s amazing that fashion can tie in with saving children in need,” said Lim, who earlier posted to her Instagram followers urging them to buy a locket necklace or bracelet (part of whose proceeds go to UNICEF).

“You could see how well thought out and planned this whole project was, watching the Europe event take place earlier and all the other cities in the same 24 hours.”

The Palos Verdes, Calif.-based Lim will be at the Paris couture shows, attending Valentino, Chanel and Dior.

In Paris, guests of the brand ventured out under a pounding rain for a Champagne reception at the Louis Vuitton flagship on the Champs-Élysées.

“UNICEF is such a noble cause,” said Florence Masurel, Louis Vuitton’s director for France. “I’m really proud to participate and to be able to share this evening with our guests” — who were primarily clients of the brand, she said.

Television journalist Alexandra Golovanoff co-hosted the party. Golovanoff was getting ready to present the third collection of her eponymous cashmere knitwear line with an event during the upcoming Paris fashion weeks.

Nathalie Duchène, resident DJ at the clubs Nuba and Silencio, put on a chic and light-hearted soundtrack for the event.

The native Belgian Duchène, who has been a frequent DJ at fashion events including Chopard’s gala at last year’s Cannes film festival, said she had been juggling bookings for events during the back-to-back fashion weeks for men and couture, which begin Jan. 19. “There’s so much going on, and everything tends to come together at the last minute.”