Love in the Air at Save Venice Ball

This year, the theme of the Save Venice masquerade ball was Il Piacere dell’Amore, or, “the pleasure of love.” 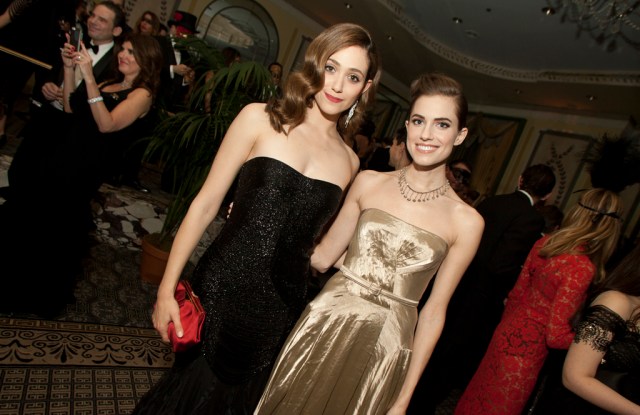 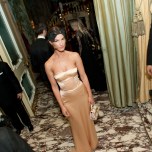 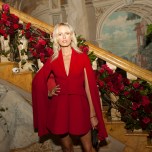 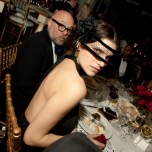 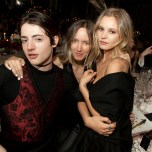 Love was in the air Friday night on the Upper East Side. It was the annual Save Venice masquerade ball — a highlight among New York’s oversaturated spring gala season that stands out because of the festive, occasionally over-the-top dress code. This year, the theme was Il Piacere dell’Amore, or, “The Pleasure of Love.”

Jessica Hart, one of the evening’s cochairs and, for that reason, one of the first to arrive, posted up outside the Pierre Hotel’s side entrance as guests drifted in, getting in one last cigarette before entering the grand event. “It’s an easy theme, right?” she said, peering through her veiled headpiece. “I actually forgot [the dress code] was red and black, but thankfully I was already in red. I’m already feeling the love.”

A few rebellious guests — looking at you, Hanneli Mustaparta — chose to forgo the theme in favor of less moody hues. Among them: the typically rule-abiding Allison Williams, shimmering in a gold Ralph Lauren number. Her mask, a removable metallic piece that fiancé Ricky Van Veen spent the majority of the evening holding, was also Ralph Lauren. “Listen, I have many skills, but that is not one of them,” she said when asked if she’d crafted the accessory herself.

With a prize for best mask on the line, several patrons had broken out the old hot glue gun for the occasion — or, more likely, custom-ordered. Last year’s most flamboyant mask-wearer, street style personality Edmundo Huerta, best known as Di Mondo, attempted to one-up his prior showing and take home the proverbial crown by arriving in a pearl-adorned circular topper embellished with flashing LED lights that channeled Leigh Bowery and the Power Rangers. For his efforts, Huerta weathered the most selfie requests, but ultimately lost the grand prize to Maxwell Osborne in a large panther-shaped mask.

The true winner, naturally, was Save Venice, which — for the first time ever — raised more than $1 million from the evening. The monetary milestone elicited a wild round of applause from the room, the excitement lasting long through the dessert course and into the dancing portion of the night. Emmy Rossum, sporting Veronica Lake-esqe waves, was among the first to hit the dance floor, soaking up her first masquerade ball. “Except for ‘Phantom of the Opera,’” she was quick to point out. So how did the real thing add up to her fictional experience? “This dress is a lot lighter and more comfortable, so I’m a lot happier.”