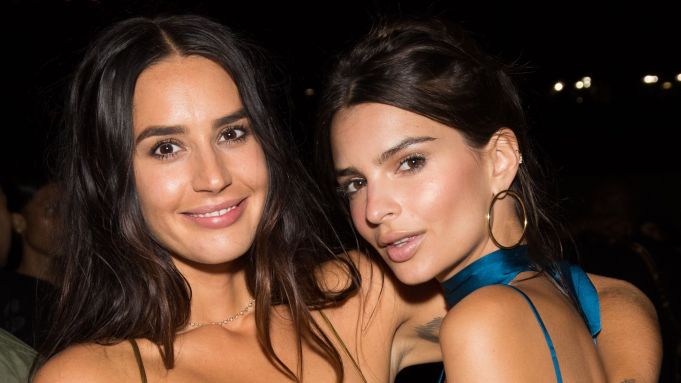 Los Angeles’ cool kids convened for a downtown fete on Thursday night to toast the debut clothing label LPA by Pia Arrobio. “This is so random, I love this,” one guest said after trekking up the unassuming warehouse driveway in heels. Her final destination was an open space teeming with street art, plenty of room for dancing to music from Virgil Abloh — and the obligatory taco stand.

“A lot of people say, ‘I want to move to L.A., but it’s so boring there.’ So I thought, ‘If you think L.A. is boring, let’s make it not boring,’” said Arrobio, former creative director of Reformation. The Revolve-sponsored party had the vibe of California skateboarders, Arrobio’s hometown of Pasadena and her favorite era — the Seventies — because the designer had dressed guests Erin Wasson, Emily Ratajkowski and Alana Hadid in her creations.

“I have watched my girl Pia create magic from the moment she arrived in New York at 18 years old,” said Wasson. “What she has done is inject her personality into all of these pieces and it makes you feel good.”

Ratajkowski echoed, “Pia and I happened to be on vacation last year in Italy. I had just come from doing something with Revolve, and they mentioned wanting to work with her, so it’s amazing to be here a year later and see how it all came together.” The line is currently available on Lpathelabel.com and Revolve.com and retails for $58 to $1,500.

Other guests included Los Angeles Laker Jordan Clarkson and model Jasmine Sanders, who might have been one of the few who didn’t visit the bar. “It’s Day One of my juicing cleanse. It’s going pretty well,” the model said with a smile before heading into the packed crowd, which was collectively bopping to a set from Diplo.

“What Pia’s doing is amazing,” noted Alana Hadid. “I love the brand already. It fits me well and I have a real body. I think if it fits a girl with a real body it’s a real brand.”