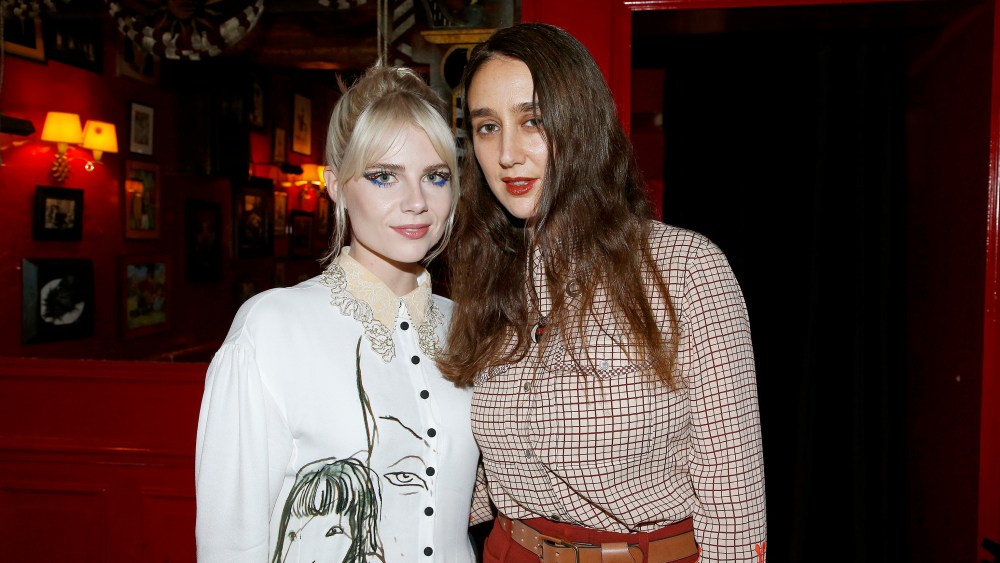 PARIS — Marianne Faithfull was the guest of honor at the dinner hosted by Chloé creative director Natacha Ramsay-Levi on Thursday evening. But having attended the French fashion house’s show at 10 a.m. the same day, the singer took a rain check on the late supper, held at intimate Paris nightclub Castel.

That didn’t stop guests including Lucy Boynton, Katie Holmes, Kate Bosworth and Alexa Chung from toasting Ramsay-Levi, who tapped three female creatives to collaborate on her runway display — including Faithfull on the soundtrack. It turns out Boynton will be playing the singer in an upcoming biopic.

The “Bohemian Rhapsody” actress said the film, which starts shooting in October, will chart Faithfull’s rise to fame until the age of 23. During that period she topped the charts with “As Tears Go By,” became Mick Jagger’s girlfriend and was involved in the highly publicized drug raid on The Rolling Stones in 1967.

“It’s a huge responsibility and one that I take very seriously. It’s such an honor to play someone like that and someone who has been so open with their story, in the hopes of shedding light on the way that she was treated, I think, specifically by the media, which I think is a very relevant story,” Boynton said.

The two had never met before sitting near each other at the Chloé show. “I didn’t actually realize we’d both be here, so it kind of sped up our meeting. It was supposed to be slightly further down the line. But yeah, it was a strange way to collide worlds,” she mused.

“It must be very strange having this person kind of intrude in your world and know all these things about you, so I’m trying to keep it at a respectful distance,” Boynton added. “I didn’t really know what to expect, and she was so kind and immediately so warm and open, so I’m very, very grateful.”

Bosworth and her husband, Michael Polish, hope to bring another female story to the screen: The couple are working on a biopic of Sharon Tate, the American actress who was tragically murdered by members of the Manson Family in 1969 while pregnant with her husband Roman Polanski’s son.

Tate was portrayed by Margot Robbie in “Once Upon a Time…in Hollywood,” Quentin Tarantino’s film loosely inspired by those events, though some critics thought her dialogue was limited.

“Obviously, she’s kind of historically been eclipsed by different elements in her life, and so our desire and intention is to put her at the forefront of her own story,” said Bosworth. “To take on someone’s life that has a lot of elements involved is kind of a heavy thing, to be honest, and so we’re sort of delicately putting it together.”

Bosworth was rocking her second Chloé outfit of the day, praising Ramsay-Levi’s oversize suiting in particular. “But I mean the whole collection I thought was really, really cohesive. Everyone I was sitting with needed to have everything,” she said.

Ramsay-Levi seemed to have pulled off another meeting of female powerhouses at the dinner. “It was not at all my intention to make this a women’s dinner but that’s the reality of my work, so yes, there are lots of extremely cool and inspiring and creative women here,” she said with a smile.