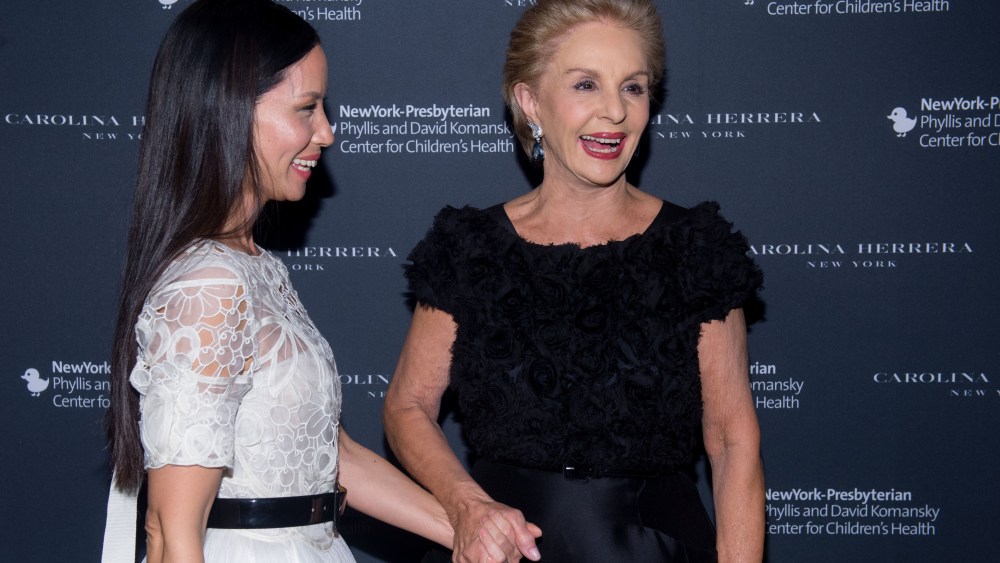 “They let me out — I worked this morning and I was like, ‘I gotta go!’” Lucy Liu said Thursday evening from the Mandarin Oriental, having escaped the Harlem set of “Elementary” in time to slip into a Carolina Herrera ivory gown and make the rounds at the seventh annual Plates for Pediatrics benefit dinner.

“It was actually harder for me to get here than to set because they’ve closed down the streets because tomorrow’s the inauguration,” Liu continued, adding that her inauguration weekend plans are moot, as she’ll be working. “So that settles that. There’s no choice!”

“They’ve raised about $4.4 million for children’s care and needs around New York City,” the actress said, noting that for any charity raising money for kids, “I’m there in 10 seconds.”

She was also drawn to the event in part because of her friendship with the designer. “I think she is one of the most exquisite, elegant, generous designers out there. And she has a classic style and she also supports important events for children and also for fashion. I thought [this dress] was a nice winter white, and something light, especially for January and to start the new year,” Liu said.

Their friendship was marked by the 2013 Golden Globes, when Liu wore a floral gown by Herrera to the awards. “That sort of started the flower trend,” she said. “And they fit me perfectly. That’s a rare thing — sometimes when you put something on you have to do so many alterations.”

Herrera, who spent the holiday traveling with “the whole family,” was back in New York juggling the fund-raiser with preparations for her upcoming show. “I’m very prepared,” she said.

Like Liu, her work always has her missing the inaugural events, though rather than Harlem hers is taking her to Palm Beach. “I don’t have any plans. I cannot [watch on TV] because I’m going to Palm Beach tomorrow at 1 o’clock so I’ll be at the airport or on the plane,” she said. “I have a show for the hospice in Palm Beach, and I leave tomorrow and come back Saturday, so I won’t see anything [of the inauguration].”