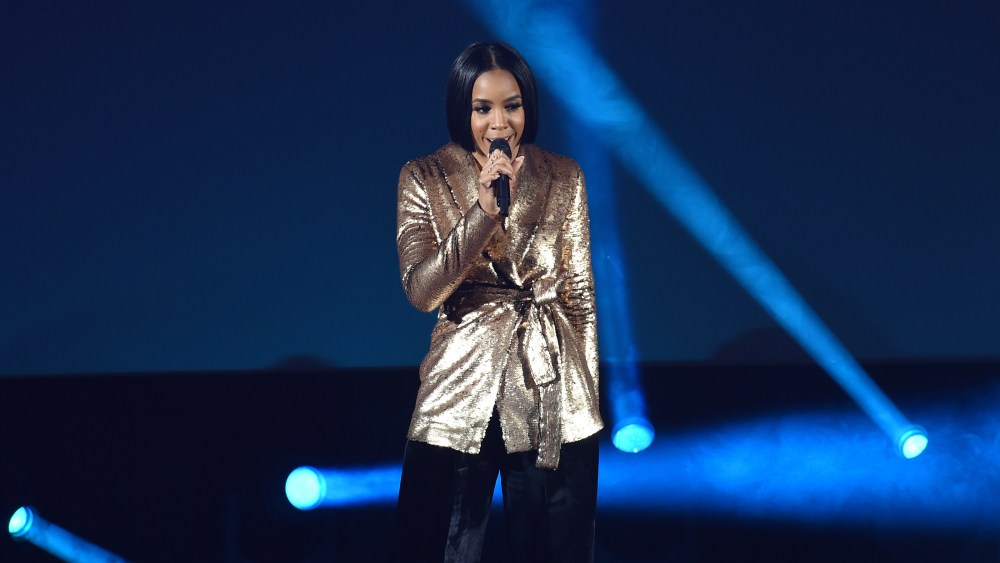 HIGH NOTE: Italian luxury destination Luisa Via Roma on Monday night, for the 14th edition of its annual Firenze4Ever event, kicked off Pitti Uomo on a musical note, with a charity gala dinner and party. It featured performances by Tom Odell, Nicole Scherzinger, Dragonette and Jasmine Thompson, who did a tribute to George Michael. Kelly Rowland headlined the gig, held at the city’s Odeon cinema.

Editors and creatives in town for Pitti Uomo — including Scott Schuman, who has hooked up with Italian shoemaker Sutor Mantellassi on a limited-edition sneaker for the retailer — took in the action alongside an international spread of VIPs, including Lindsay Lohan and Gaia Weiss.

During the night, Simon de Pury auctioned off contemporary artworks by the likes of Bosco Sodi, Chiharu Shiota, Giovanni Manfredini and Gualtiero Vanelli in aid of the Andrea Bocelli Foundation for the rebuilding of schools in Haiti devastated by Hurricane Matthew.

Shivering in the queue outside in subzero temperatures, Jessica Kahawaty, the glamorous host of “Project Runway Middle East,” had traveled from Dubai for the event. “I’ve spent the day doing a photo shoot with Luisa Via Roma, and I’m so excited about seeing Kelly Rowland perform. It’s just wonderful that they’re bringing music and fashion together tonight for such a great cause,” she said.

Odell, who had spent the day doing some sightseeing, was in a romantic mood, citing among the highlights “the reflections of the buildings on the river.” So what was he wearing for his performance? “No brands — the jacket was made for me by Chris Ruocco Tailors in Kentish Town, my pants are vintage and this is just a T-shirt,” shrugged the British singer.

“Florence is the ugliest place I’ve ever seen,” quipped Roisin Murphy, who had donned vintage Guy Laroche for the occasion. The singer is busy recording her next album, which she called “quite disco.”

“My favorite thing I’ve ever done in the world is walk up the Duomo [cathedral],” said Dragonette’s Martina Sorbara, who for her stage costume paired a tulle skirt with a military jacket by Patricia Field loaded with spikes and pins. “It’s the craziest experience. It’s so beautiful but panic-inducing because you never think it’s going to end. If you have claustrophobia, you probably shouldn’t do it.”

Other events lined up for the retailer this week in sync with the international men’s wear show include the launch of the Icon Project on Wednesday presenting a limited-edition capsule of three iconic designs by Peuterey — a parka, bomber and trench — in exclusive colors. Then on Thursday, the retailer at the Teatro Della Compagnia will host the third edition of its Fashion & Technology Summit in collaboration with IAB and Netcomm. Participants include Launchmetrics, AOL and Digital4Fashion by IAB Italia.

The week will wrap with a meet-and-greet brunch with a selection of German designers and brands on Jan. 13 at the Luisa Via Roma terrace in collaboration with Der Berliner Mode Salon. They include Michael Sontag, Mykita, Odeeh and Tim Labenda.