Halsey performed at the unveiling of the new ground floor, hosted by Lupita Nyong'o, Carine Roitfeld and Marc Metrick. 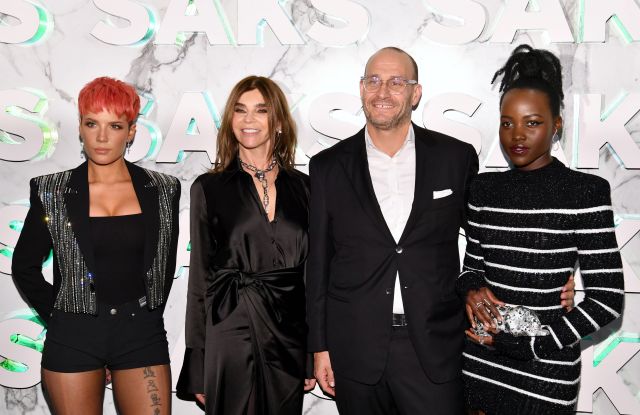 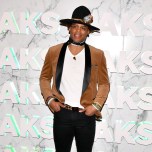 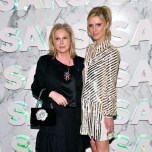 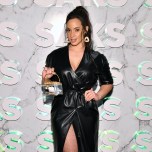 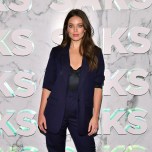 On Thursday night, Lupita Nyong’o stood over a railing inside Saks Fifth Avenue’s New York flagship, a few levels up from the main floor, listening to Halsey sing. The two had gathered there for a celebration of the department store’s newly renovated ground level — Nyong’o, to help host the event with Saks president Marc Metrick and Carine Roitfeld and Halsey, to perform with a piano accompaniment on a stage built for the evening. It was the first official day of New York Fashion Week, and Nyong’o, in a black-and-white striped dress and glittering eye makeup, shared memories of the first NYFW show she’d ever attended.

“Could it have been CK? I think it was Calvin Klein,” she said, pacing the lit floor until she found a good spot to watch Halsey belt out her hits. “I remember sitting next to Anna Wintour and Naomi Watts. We were in baby colors, soft blues and pinks. And I just remember it was cold, but I feel I’d never done winter so chic.”

This time around, the “Us” actress said she’s sitting out the fall shows.

“I’m very busy at the moment,” she stated. “I’m going to be watching from the sidelines.”

Halsey, from down below, finished singing an acoustic version of the song she recorded with The Chainsmokers, “Closer,” to wild whoops from the crowd.

“They played that song so f–king much,” said the singer, who will host and be musical guest on “Saturday Night Live” this weekend. “I would get into Ubers and Uber drivers would be playing that song and I’d just be like, ‘Man, I hate this f–king song.’”

Nicky Hilton Rothschild, EJ Johnson and Dascha Polanco — who said she’s finishing shooting “Orange Is the New Black” and working in the studio on her new album every day — took photos and did on-camera interviews with press. NFL quarterback Cam Newton showed up toward the end of the night, towering over everyone else. He wore a fedora with a tiger-print band and a few flowers stuck in it. (Clearly Newton hasn’t learned the fashion week rule of never repeating an outfit — he wore the same hat to the Tom Ford show Wednesday night.)

Roitfeld, for her part, sat on the white couches in the VIP area, where servers spooned Petrossian caviar onto miniature crepes with crème fraîche. She was exhausted, having just gotten off a plane and with an early call time the next day for a photo shoot. Although she said she never has time to shop when she’s in New York, she looked forward to squeezing in a trip to the new L’Avenue restaurant at Saks.

“I know it’s doing very well in Paris, so I’m sure it’s going to be the same [here in New York],” she said. “This is the same restaurant as [the location in Paris on] Avenue Montaigne. So for me, it’s like coming home.”