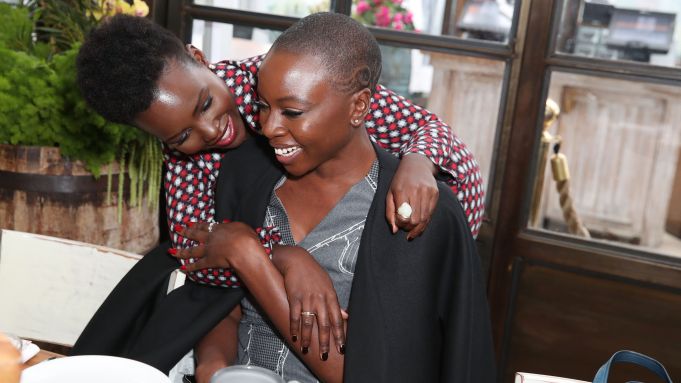 Oscar week is full of power lunches, and Janelle Monáe was among those making the rounds again this year, after the “Moonlight” magic of 2017. The singer and actress hosted her own brunch at Catch LA in West Hollywood on Friday afternoon to celebrate her organization Fem the Future.

“I’m so hopeful about the future,” Monáe said. “So many organizations are happening because women are realizing that we are indeed stronger together. We are more magical when we are aligned and uplift one another.”

Fem the Future and Belvedere Vodka have a two-year arrangement to co-create content aimed at empowering women with uplifting stories to tell. Their first initiative is a short film series titled “A Beautiful Future” in which three female filmmakers will produce and direct projects inspired by the question “What does a beautiful future look like to you?” The three women selected — Janicza Bravo, Lacey Duke and Kirsten Lepore — were all on hand at the brunch.

“My intentions are clear — give women a platform,” Monáe said. “I didn’t have the money a few years ago to say, ‘Hey, I’m going to give three women directors an opportunity to do a short film,’ but now we do.”

While Monáe is hopeful these days, she wasn’t always so optimistic. “A few years ago, when I launched Fem the Future, I was very frustrated with the lack of opportunities women have been given in the music industry. I started to do more research and I realized that it’s also happening in the film world and the tech world. How can I translate my anger into a great solution?”

And so Fem the Future was born. Launched in 2016, Monáe calls the organization “a grassroots movement” and “a tribe full of women and men who want to see women soar, who want to see a light being shined on women storytellers, music producers, engineers, and so on and so forth.”

“This is a busy weekend,” Monáe told the crowd, as they noshed on avocado toast, shakshouka, coconut kale chicken salads and cinnamon roll pancakes. “We’re celebrating so many different things, but the fact that you would take the time and come here for something that has meant so much to me means the world.”

The event also coincided with the recent release of Monáe’s new singles, “Django Jane” and “Make Me Feel” off her upcoming album, “Dirty Computer,” which is set for release in April. Her new songs are, no surprise, inspired by “empowered women.”