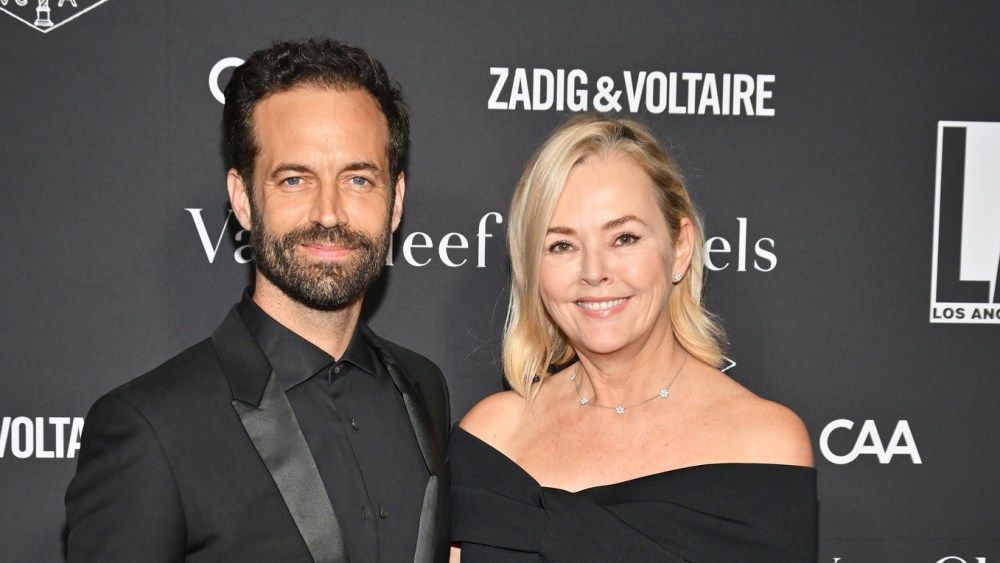 Benjamin Millepied’s L.A. Dance Project celebrated its 10th anniversary in Beverly Hills, California, on Saturday night with a dance party under the stars and a major gift.

During the evening, Lucinda Lent, executive director of the dance company, revealed a $1.5 million Van Cleef & Arpels Fund over the next four years, which will allow the commissioning of four new works and support residencies for emerging and underrepresented artists.

Hyatt Hotel heir Anthony Pritzker opened his estate to guests for the affair, which began with cocktails overlooking the L.A. skyline and a dancer offering personalized interpretive solos based on answers to questions such as, “Where do you feel most distant?”

The expansive outdoor entry was transformed into a stage and fitted with stadium seating for the pre-dinner program, which included three dance pieces — and a group tequila toast to a decade of success.

“We were in Paris for two runs in the last month and a half, we sold 45,000 tickets.…It was such a success that a week ago we were invited to the Elysee and [President Emmanuel] Macron himself presented the company,” Millepied said of the company’s rising international profile. “It felt so wonderful for the dancers to be seen for the freedom they have, their personalities and their uniqueness. We are touching so many lives, I was listening to parents saying their children were dancing in their kitchens and living rooms after seeing the company and there’s nothing that makes me happier.”

He also reflected on the challenges he faced setting up the company.

“Starting a cultural organization in America is not easy, particularly in L.A. which is not necessarily conducive to building community. There’s no government or city funding, it’s just you, people who believe in the importance of coming together for a new experience, to enjoy art and look at each other through dance,” said Millepied, who founded LADP after retiring from the New York City Ballet.

“If it wasn’t for Nicolas believing in me, the constant support year after year, it has been key to the company’s creative capacity,” he said of Van Cleef president and chief executive officer Nicolas Bos, who has supported the organization from the start.

“For a decade, L.A. Dance Project has inspired us all with pioneering, high-quality work,” Bos said.

Alicia Silverstone was one of several guests who came wearing Van Cleef jewels, marveling at the size of the security guard that came with her diamond lariat necklace.

“I’m dreaming,” said model Berite Labelle, also having a major fashion moment as she floated down the stairs to the outdoor dining room while wearing a pale blue tulle Monique Lhuiller gown.

“As a Southern California brand we’re thrilled to support L.A. Dance project,” said Lew, who was seated next to LADP’s Lent. “We just finished a shoot with one of their dancers, Nayomi Van Brunt, and believe that culture and creativity connect us all. We want St. John to be knitted through the community in our neighborhood.”