Madonna, Daniel Craig and More Party at the MoMa 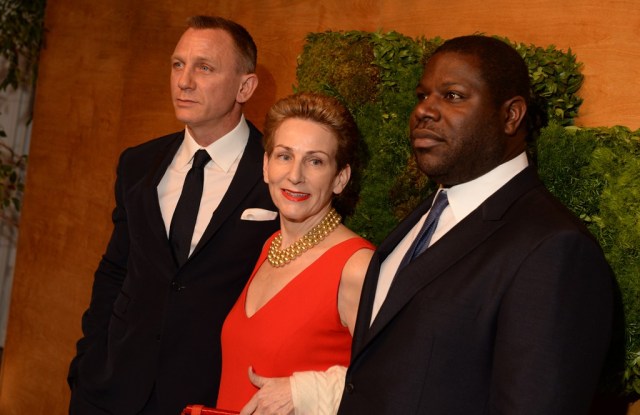 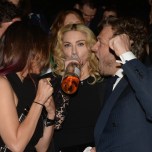 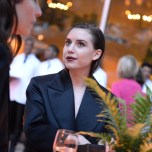 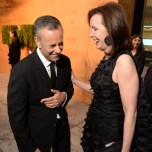 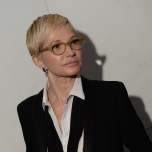 Academy Award-winning filmmaker Steve McQueen was at the Museum of Modern Art at its annual Party in the Garden being honored alongside Daniel Craig and the Swiss heiress and longtime museum trustee Maja Oeri. Despite McQueen’s extended presence on the awards circuit thanks to “12 Years a Slave,” there were still some people who hadn’t met him, like actress Ellen Barkin.

“Not everybody knows each other. You think it’s like a celebrity club. It’s not like that,” said Barkin, who was part of a cluster that included Andy Cohen and Bryan Lourd, Craig’s agent. It was Tuesday night in Manhattan and in the museum’s garden, the trio was surrounded by other passionate art lovers like themselves — Maggie Gyllenhaal, Michael K. Williams, Vera Wang, Francisco Costa, Tamara Mellon and Michael Ovitz, Lisa Perry, Brice Marden, Cindy Sherman, David Rockefeller and several members of his family, including son David Jr. and granddaughter Ariana. If there was one person who seemed out of place it was Montel Williams, the former king of tabloid daytime TV.

“I don’t know why you’d be surprised,” McQueen said. “Montel was fundamental in getting [‘12 Years a Slave’] into every school in America.” It turns out Williams, whose ears were studded with not one but two diamond earrings — “This one right here is called a vivid yellow diamond,” he said — struck a deal with the National School Boards Association to add both the film and the book it’s based on to high school curriculums.

In the last year, McQueen has attended every conceivable awards ceremony. This one carried a special significance. His roots are in contemporary art — before he made the switch to commercial films, his work was mainly shown in galleries and museums; he won the Turner Prize in 1999. “It’s a different atmosphere to the awards season. It’s much more celebratory and relaxed,” he said. He’s always had a soft spot for New York anyway.

“Being a kid growing up in London, all I thought about was to come here, really. It’s given me so much, it’s given me everything, in fact. Yes, I am from London, but I do feel my heart is firmly in the earth of New York,” he said during the dinner that followed, thanking some of his American gallerists present, like Marian Goodman.

At some point during the dinner, Madonna and Leonardo DiCaprio slipped in unnoticed. The diva sat at a table flanked by two relatively young men — shorts filmmaker Daniel Kruglikov and Sotheby’s Pierre Dolmans. A bottle of rosé was prominently displayed before her.

For those junior museum associates who couldn’t afford the dinner’s $25,000 to $100,000 tables, there was an after party. By 11 p.m., Madonna was there, too. She blended in with the crowd gathered under the white birch trees in the garden to watch a performance by Swedish singer Lykke Li.

She stood out in one way though — Madonna was the only one knocking back swigs from a bottle of rosé.