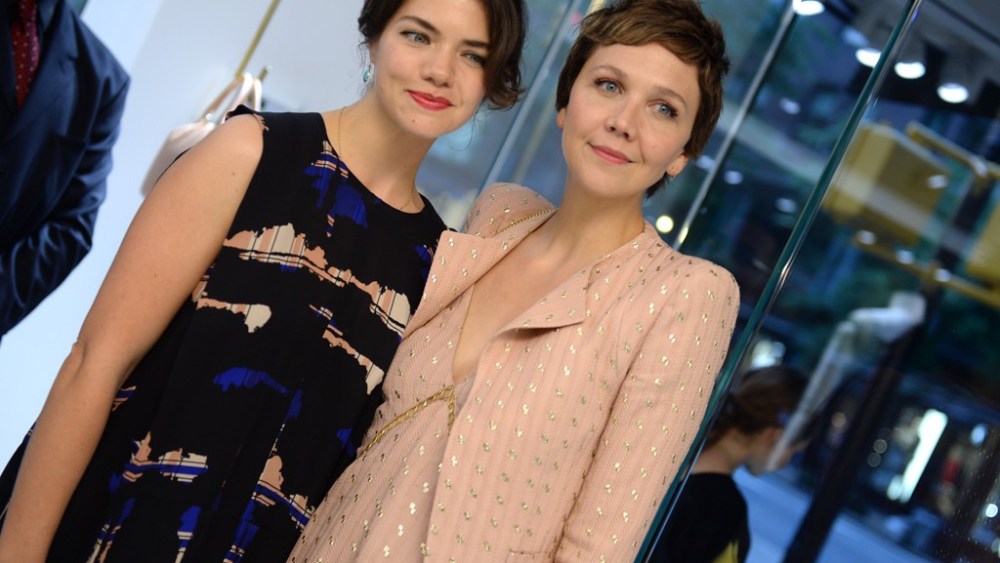 She was not in Park Slope anymore. On Monday night, Maggie Gyllenhaal was in the Upper East Side of Manhattan at the opening of the renovated Chloé store on Madison Avenue.

The actress is a fan of many brands. Before going to a recent Burberry dinner, in the label, she switched out of the Dior dress she had been wearing at that house’s resort show. Last week she was in Stella McCartney at the designer’s garden party for her resort collection. Chloé has only recently come into her orbit.

“It’s easygoing and refined at the same time, which is what I’m going for,” she said. “Though I don’t always succeed.”

If Monday seemed too early in the week for a late-night party ­— this one continued with a dinner at nearby restaurant The East Pole — Gyllenhaal already had a head-start on everyone. The night before she was a presenter at the Tony Awards.

“I’d never been before. I usually watch at home with my mom over takeout,” she said.

Her Tony appearance came ahead of a revival in October of Tom Stoppard’s “The Real Thing,” where she’ll be playing Annie opposite Ewan McGregor. Despite some stage work in the past, it’ll be her Broadway debut.

“I have wanted to be on Broadway in a kind of childhood, dreamlike fantasy way all of my life and I never have. It still holds that kind of magic to me,” she said. The play has already had two runs on Broadway, first with Jeremy Irons and Glenn Close in 1984 and in 2000 with Jennifer Ehle and Stephen Dillane, and all picked up a slew of Tony Awards. Not that any of that fazes Gyllenhaal.

“The amazing thing about a play is that many different actors can do it and do it very differently. Like, how many people have played Masha in ‘Three Sisters’?” she said.

By chance the other night, she met Close. “I told her I don’t know anything about the part yet because I’m just starting to work on it. But we said, ‘Let’s have lunch in three weeks or something to see if there were places where we agreed,’” she said.

Chloé creative director Clare Waight Keller has been keeping busy, too. She presented resort earlier on Monday, and after the dinner — which also drew Elisabeth Erm, Chloe Norgaard and Olivia Sammons — she was set to go to Florida to research the vintage shops of North Miami.