Freida Pinto co-hosted a dinner at Barneys with the consciously-sourced fashion brand. 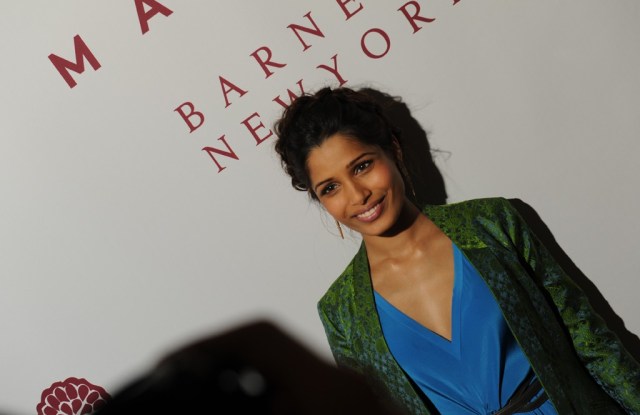 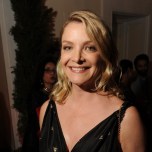 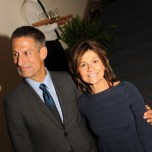 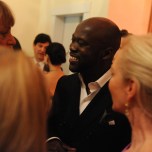 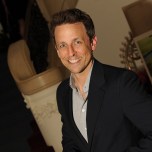 “I go to India quite a bit, like four times a year. This is pretty close to it right now,” Kristy Caylor, cofounder of the fashion label Maiyet, said looking around the teeming foyer of the Consulate General of India on Manhattan’s Upper East Side on Thursday night. The designer was there to toast the latest feat in the brand’s mission for outreach to global artisans: the creation of a David Adjaye-designed facility in Varanasi to improve the lives of weavers and loomers in the area. Maiyet is also launching a Varanasi silk capsule collection, available exclusively at Barneys.

Attendees packed into the consulate’s foyer, enveloped in glowing tea lights and flushes of fuchsia hibiscus blossoms. Traditional Indian music floated through the space courtesy of performers plopped down on the floor off to the side who strummed a sitar and banged on tabla drums. Servers circulated through the crowd toting melon-hued concoctions and savory canapés on bamboo trays. The room was soon brimming with partygoers, the likes of which included Christiane Amanpour, Amanda Hearst, Seth Meyers and hosts Adjaye, Wendy Schmidt (who, it was revealed, donated $500,000 to Nest, the non-profit partner of Maiyet) and Freida Pinto, who beamed in a cerulean frock from the line.

This story first appeared in the May 13, 2013 issue of WWD. Subscribe Today.

“Isn’t this beautiful? It catches the light so beautifully,” she said of the chartreuse Varanasi silk blazer layered over her dress. “I’ve been fortunate enough to grow up around this craftsmanship. It reminds me of my mom’s saris and things I would see in the market growing up. I never thought I’d see it on this scale. To see these Indian textiles on a girl walking down the streets of New York is amazing.”

The actress then snaked through the thick swarm to greet Caylor. “Thank you for the dress, I absolutely love it,” she said between air-kisses.

Afterwards, the group moved upstairs for dinner. Many stopped by the model and digital rendering of the new Adjaye-designed facility on view by the staircase. “It looks wonderful,” a wide-eyed Lisa Perry said to Adjaye before the two headed up.