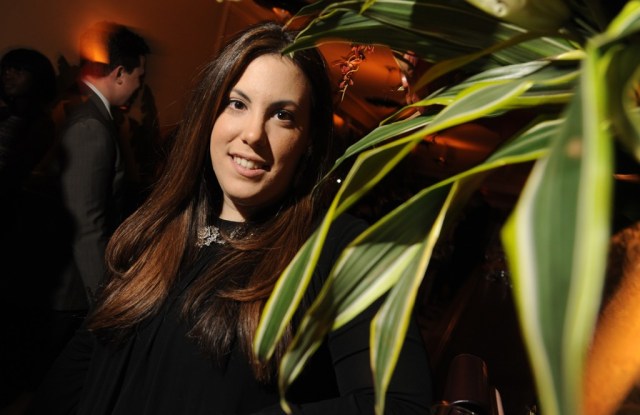 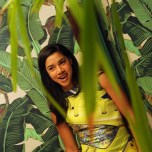 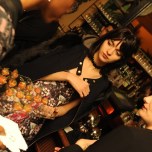 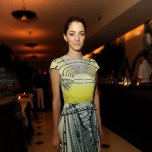 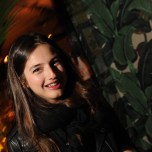 “This is such a special treat. Everyone looks so good,” Mary Katrantzou beamed in the foyer of Indochine in Manhattan on Wednesday night.

The likes of Anya Ziourova, Hannah Bronfman, Arden Wohl, Leandra Medine, Gretchen Mol and Michelle Harper packed into the eatery to toast the designer on a two-pronged milestone: the fifth anniversary of her brand and the brand’s e-commerce expansion into the States. “The e-commerce launched here three or four weeks ago and it’s doing incredibly well in the U.S. Go USA,” the designer cheered. “Thank God for the U.S.”

The dinner also marked the designer’s long-standing partnership with MAC Cosmetics. The room soon became saturated with color as more party girls swanned in, each outfitted in a vivid Katrantzou confection. Dermatologist Lisa Airan glittered in a cheeky, sculptural look from the designer’s spring 2011 collection, eliciting many comparisons to a lamp shade. Ever the jock, Bronfman paired her frock, a digital-print shift, with a pair of baby-blue Nikes (she had to duck out a bit early to make a late-night workout class). Sofia Sanchez Barrenechea also went pragmatic with her footwear. “I had heels to wear but I had to stop by a gallery before I came here. It’s five blocks away and I thought, ‘Too far for heels,’” she smiled, glancing down at her pristine Adidas sneakers. “They’re white now, but not for long.”

Katrantzou was encouraged by the turnout. “Any time you see a woman in your design and looking fabulous, it’s always a moment. Regardless of where you are in the world, what age the woman is, how she’s styled it, it’s always a thing of, ‘I can’t believe it!’” Katrantzou said as the room shifted towards the dinner tables. “That never fades.”

Vessels housing the restaurant’s French-Vietnamese fusion streamed out as guests began plopping down into their seats and serving one another the family-style fare.

At another table, Elizabeth Gilpin discussed her upcoming photography book: a visual compendium of the social-media-obsessed generation. “It’s funny,” she smiled, reaching for a petit four from the dessert tray. “We’re taking the paperless and making it a book. That’s some irony for you.”