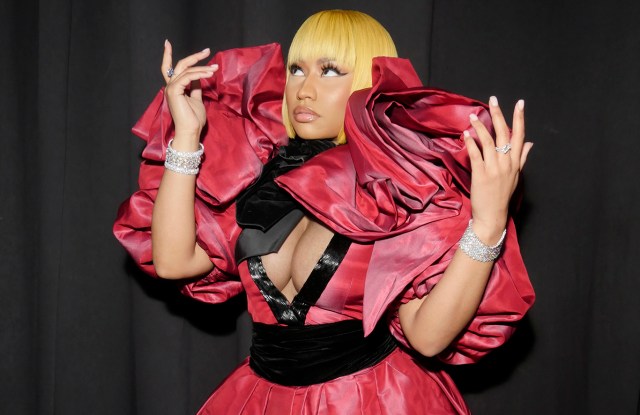 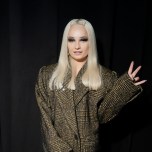 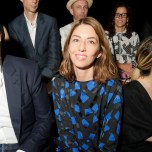 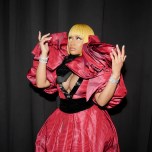 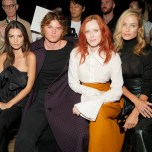 All bets were on Nicki Minaj this NYFW, and the girl did not disappoint.

Minaj likes a front row, and earned herself the crown of most ubiquitous fashion week attendee last September. Going in to the season, the question loomed: Would we get our Nicki?

Everyone can now rest easy. Prior to the grand finale at Wednesday’s Marc Jacobs show, she brought her mother to Oscar de la Renta, she stayed up late for the rager Tommy Hilfiger and Lewis Hamilton threw, she was there in a rainbow wig for Opening Ceremony, and — oh right! — she attended a bash called the Harper’s Bazaar Icons party where she politely interacted with another artist by the name of Cardi B. Nothing to see there, though, right?

The Marc Jacobs show now famously got off to an extremely tardy start, which somehow meant Minaj — known for making a last-minute, dramatic entrance — was the first big name celeb to arrive at the Park Avenue Armory. Dressed in a voluminous Marc Jacobs gown, she swanned in flanked by cameramen and bodyguards, neither of whom wanted reporters intervening in their moment.

“Hold on,” a bodyguard said, extending an arm to shield Minaj.

“Sure, where you from?” Minaj said calmly over the guard, to a request for questions. When WWD was OK’d, Minaj moved on with her fashion week highlights (Icons, notedly, did not top the list).

“Well yesterday I had an amazing time at Oscar de la Renta, it was gorg-eous. I really have been enjoying all the shows,” Minaj said in motion, as cameras popped around her. “Monse…” And with that the flurry won out — she was off, posing her way through.

Elson was ready to relax a bit at Jacobs’ show. Having walked in a few shows this week, in which she called “general fashion week madness,” she was sitting for her first show of the week.

“I’ve known Marc since I was 16 years old,” Elson said, as Jordan Barrett was walking up.

“Hello Jordan! With a shoulder pad! Amazing.” (Barrett, who had struggled a bit on his way into the runway space with how to arrange his hands in his trench pockets, seemed to have sorted things out, Or, rather, his trusty rep had intervened.)

But back to Elson and Marc: “I met him in Tokyo and actually my very first show was a Marc Jacobs show, in Tokyo. I’m 39 now, so it’s been a long time,” Elson said. “I have so much respect for him as a person, and he is one of the most original designers out there. He has just got a way of constantly never resting on his laurels, constantly pushing the boundaries of what form, fabric, design. It’s always a joy — it’s like watching a performance piece.”

As the cameras prepared themselves for the arrival of Ratajkowski, the same could be said for the front row circus. Your move, LFW.

Just Why Is Everyone So Obsessed With Anna Dello Russo?