He might've been the costume contest judge, but Marc Jacobs wore easily the most talked about costume of the night. 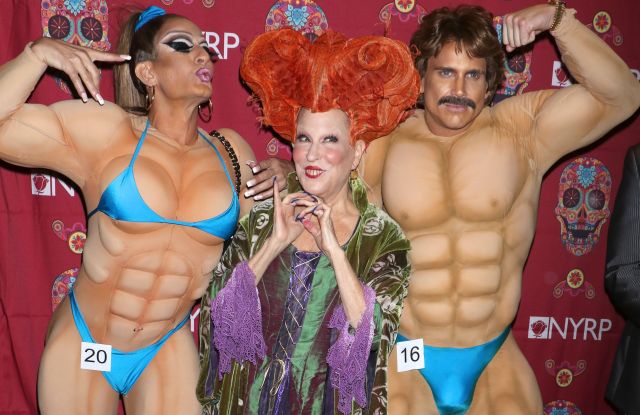 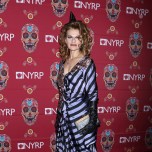 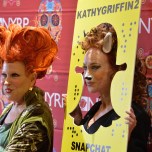 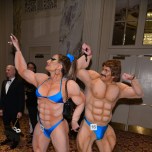 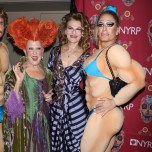 A man with an artfully bloodied eye slipped into the revolving door at the Waldorf Astoria on Friday evening, a pair of suitcase-toting tourists looking on in confusion. Just past a group of Uber-requesting hotel guests, two men in Crayon suits waved a pack of witches into an elevator. In other words, it was Bette Midler’s annual Hulaween party — and if the tourists thought fake wounds were gawk-worthy, they were thoroughly unprepared for Marc Jacobs in drag — down to his size 41 Christian Louboutin heels.

“I chose this filter because a lot of the filters you have to stick your tongue out, or you have to wear the nose,” Griffin said of her chosen costume — which doubled as promotion for her Snapchat handle. “And this is a filter that is really extreme, and I can host in it — believe it or not, as a comic you think about things like ‘will I be comfortable? Can I tell jokes in it?’”

“I literally made it up in the last two hours,” von Haselberg said of her costume. “I’m actually dressed with two of my best friends — we’re the witches from Macbeth. We were going for a Scottish-y, witchy vibe. I had the boots, Zara apparently has this very weird tartan collection going on, so I grabbed [this shirt], and I had this ancient Vivienne Westwood corset of my mom’s — and I bought some fake spiders for my hair.”

Midler came dressed as her “Hocus Pocus” character Winifred Sanderson, a creation she said only took an hour and a half. After posing for photos with Jacobs, she raved about her costume judge.

“He is so divine, I worked with him last year and did his campaign,” she said. “Look, I think he’s going to win the costume contest. Except that he’s judging the costume contest! So how can he win? Michael Kors is on my board, and he is usually our costume judge, but he was unavailable this year because he was going to a wedding. I called Marc and he said ‘yes’ and I was so shocked — and look how he turned up. He really turned it out.”

As for what the man of the hour was looking for in a winner? “You know, just creativity, somebody who put everything into their outfit,” Jacobs said, weaving his way through the ballroom before dinner. “I don’t know, I’ve never done this before — and I’m a terrible judge.”

While he might’ve been tasked with judging the costume contest, other guests seemed to deem him the winner. Watching him teeter down the hallway into dinner, one woman remarked, “he walks better in heels than I do.”