A fund-raiser in Campbell’s honor was held on Wednesday night by the organization Free Arts NYC. 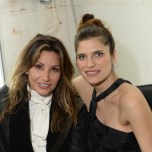 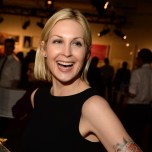 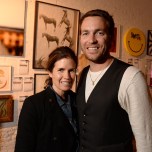 Justin Theroux was counting the number of motorcycles he owns. He badly wanted to have more than Scott Campbell, the celebrated tattoo artist. He was disappointed to learn Campbell owns more, a total of four.

“He’s lying. That’s a lie,” he said with mock outrage.

Theroux and Campbell share a number of interests — tattoos and actresses among them. One is engaged to Jennifer Aniston, the other is married to Lake Bell. But the one hobby that bonds them above all others is a fondness for motorcycles. Campbell prefers models he can race, Ducatis and Yamahas, in particular, the YZF-R6; Theroux is partial to the Ducati Multistrada.

“I’m the president of our motorcycle club. He’s the treasurer,” Theroux said. “It’s a serious chapter, a New York chapter,” he continued, now on a roll with the bit. “We’re called Die Fast. Many people tried to join, only two made it, me and Scott. Initiation’s pretty thorough.”

Theroux was speaking at a party and fund-raiser in Campbell’s honor Wednesday night by the organization Free Arts NYC. Campbell is often referred to as the “tattoo artist to the stars” and a lot of them turned up to toast him despite torrential rain in New York — Marc Jacobs, Gina Gershon, Natasha Lyonne, Erin Wasson, Peter Marino, John Currin and Rachel Feinstein. But Theroux’s man crush with Campbell is going on a decade now.

They first met riding motorcycles around New York, when Campbell had just moved from Louisiana and Theroux was still the guy with the Fellini glasses in “Mulholland Dr.”

“He’s a johnny-on-the-spot. If you’re ever in any kind of jam, there’s a couple of people you call. Scott is on my speed dial as far as when I put my dog down, when I moved apartments,” Theroux said. “He’s just an amazing guy.”

“When I first met her, I had a motorcycle helmet,” he said. They were on the set of the HBO show “How to Make It in America” and she asked him where he raced. “I go, ‘That’s cute, that you’re showing an interest, but you’ve never heard of it’ and she goes, ‘New Jersey Motorsports Park?’ I was like, ‘How do you know these words? What are you doing Friday?’” The two married last year in New Orleans, Campbell’s hometown — Theroux came, as did Jacobs. The designer first met Campbell through his former fit model-turned-muse, Shelly Zander. He has 30 of his tattoos. The first was a drawing by Jacobs of his two dogs. The last one was “Muscleman Marc.”

“The people from ‘South Park’ put me on with all my tattoos and then I had Scott tattoo [the cartoon] me with all my tattoos,” Jacobs said. He tried to show it off but he couldn’t because it was on his arm under the sleeve of one of the women’s Prada coats from last season he’s been known to wear lately. This one was iridescent blue and jeweled.