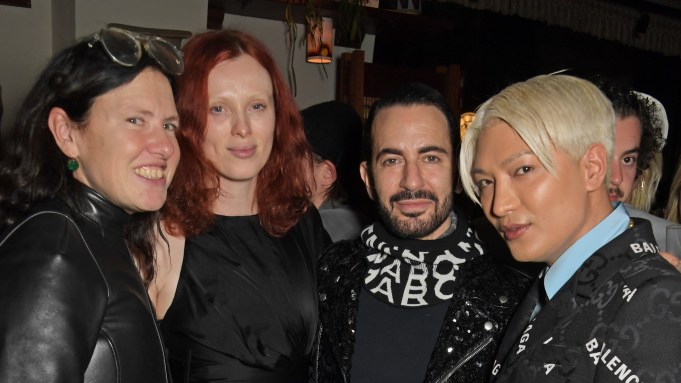 Katie Grand’s independently operated Perfect Magazine threw a party during London Fashion Week with By Far and Ant-Agency to celebrate the launch of the magazine’s second issue, out Monday.

“We wanted to tackle the idea of celebrity in an age of mass surveillance — specifically, how our relationship with public figures has changed when the details of our own lives are increasingly accessible to people we don’t know,” Grand wrote in the editor’s letter.

Reflecting on the surveillance theme, Sølve Sundsbø followed Georgia Palmer around London City Airport on CCTV. Nikolai von Bismarck set his camera to night vision and monitors the nocturnal goings-on in a park near his home, while Steve Mackey shot Ratajkowski being followed by paparazzi on a night out at the cinema.