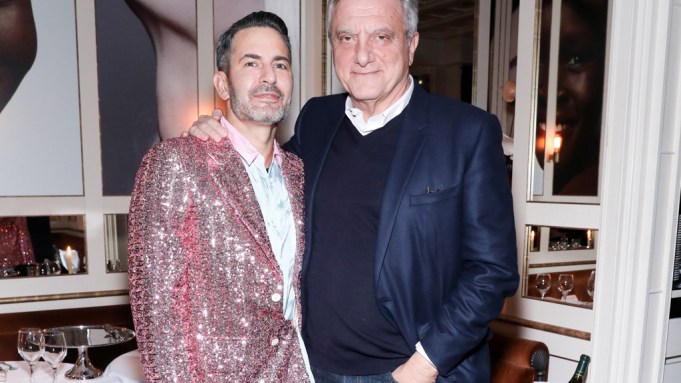 Marc Jacobs and Katie Grand threw a raucous bash in Paris on Saturday night in celebration of the designer’s new range of foundation, called Shameless.

The fete commandeered all of Loulou, a restaurant in the Musée des Arts Décoratifs, and drew designers, models, makeup artists, editors and beauty influencers.

Jacobs said next up for his beauty label is a glittery eye shadow that had a showing on his recent catwalk.

“We are working on the idea of some skin-care products — and not in a clinical sense. We are trying to find what skin care means to me and to us — and in the world of Marc Beauty,” he explained.

When asked if she had a shameless moment to share, Grand laughed. “I probably have too many to think of,” she said, adding: “My ex-boyfriend from when I was 15 is [sitting] there. He’s probably got some really good stories.”

Prada was in the City of Light to prepare for her Miu Miu show on Tuesday. A longstanding friend of Jacobs, she said: “I respect him so much.”

The dinner was followed by model Alewya Demmisse singing for the crowd. Then the after party kicked off.