Solange Knowles, Laverne Cox, Gabrielle Union and others broke out their Seventies wares for the bash. 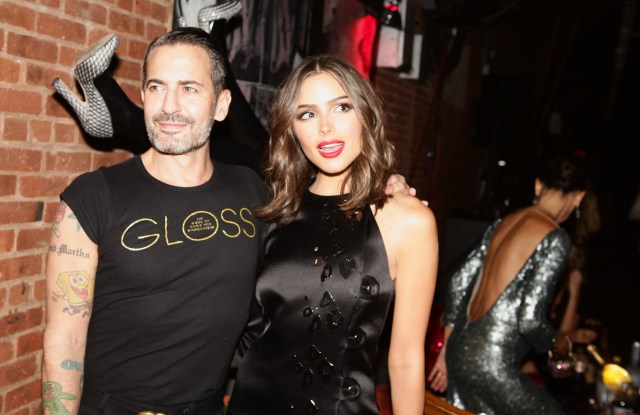 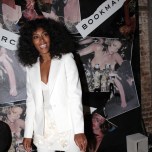 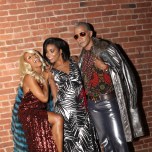 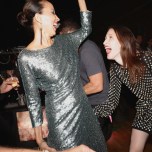 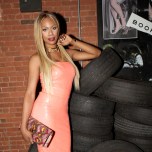 “Marc is all about fantasy,” a guest said. “And this is his ‘Fantasia.’”

This story first appeared in the September 12, 2015 issue of WWD. Subscribe Today.

It’s unlikely she actually knew Marc Jacobs, but the guest — a drag queen with a rainbow mane who simply goes by “Alex” — had the right idea on Thursday night. It was Jacobs’ first real fashion week party in a while, thrown in conjunction with the sale of “Gloss: The Work of Chris von Wangenheim,” highlighting the late photographer’s oeuvre, at Bookmarc and the invitation had been specific. “Strict dress to kill code will be enforced,” read the directive. “Fur coats over lingerie, lip gloss, Jerry Hall side-swept hair, sequins, gold lamé turbans, Patty Hearst Symbionese Liberation Army gear…”

For those who are employed in some capacity to attend the innumerable events, often quiet and anodyne, surrounding fashion week, the mandate was welcome. But the venue, Tunnel — itself with some #tbt cred — wasn’t just filled with tired editors. The crowd met all the quotas: the hard-partying models, the fashion school scene-seekers, the New York personalities and the drag queens. “It’s always good to see people get dressed up and have fun,” Jacobs said as he surveyed the room, a tableaux vivant of prancing queens and reedy, barely dressed models gyrating to Donna Summer’s “Hot Stuff.” “I’m sure it’ll get crazy. I have to get back to the office so I won’t be able to see them get wild.”

Wild they got, in all their disco camp splendor. Alex went DIY, wearing something that looked as if it might have involved a glue gun, but she didn’t stick out. The party was a haze of glitter, roller skates, scary-high playforms and all manners of wig. Dree Hemingway showed up with a full-on afro. Pat Cleveland wore some glitzy sequins and smeared electric blue eye shadow. Laura Love had on little more than a tank top and a blue chinchilla stole. Not everyone got the memo, though. “There was a dress code?” Harry Brant asked, semi-alarmed. He was unintentionally on the mark in a choker and knit tank top, his hair slick with gel.

“I just love it,” Cleveland said, asked what she thought of the theme. “Well,” she smiled. “I think disco should live forever.”