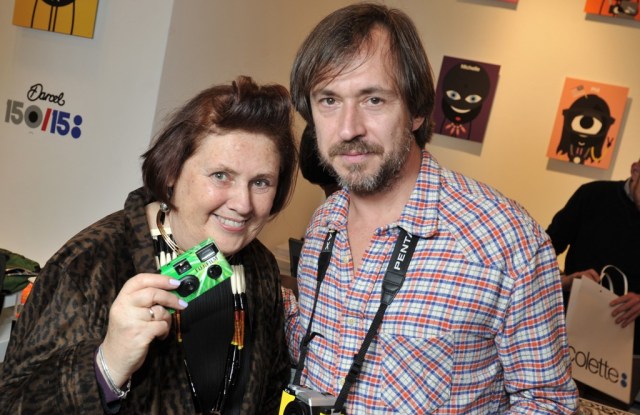 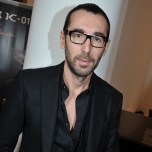 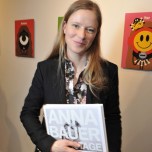 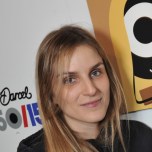 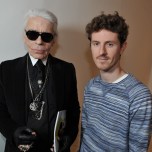 A TRUE PICTURE: It was an evening for gazing at the Colette party in Paris on Wednesday night for the new Pentax K-01 hybrid digital camera designed by Marc Newson. Guests tested the vintage-style camera on each other and tried to spot their likeness amid a gallery of 150 portraits by designer and blogger Darcel, while Anna Bauer signed her book of behind-the-scenes fashion photos, appropriately called “Backstage.” Guests included Newson’s wife, stylist Charlotte Stockdale, Amanda Harlech, Victoire de Castellane, Leigh Lezark, Alessandro Sartori, Catherine Baba, Yaz Bukey, Betony Vernon and Jefferson Hack, with Olympia Le-Tan on DJ duty.

Shown his portrait in the Bauer book, Karl Lagerfeld said he was pleased, but wondered how many images of him the world could handle. “Haven’t they seen enough of me? There are so many portraits of me everyday,” he said, showing off an iPhone cover with his likeness given to him by a fan.

But the designer’s main topic of conversation was the recent dismissal of Raf Simons at Jil Sander. “I think it’s a shame. You don’t do that before a show,” he opined.

Newson said he was inspired to do a camera after failing to find a decent model. “Ninety-nine percent of the cameras I see are really horrible,” he said. “I design everything for myself. I’m my own best litmus test. I’m a consumer, so I have to use myself as a guide.”

Not all the images on hand were fashion-related. Photographer Mark Seliger was signing his book of photographs from 1977: a poignant, black and white collection of street portraits taken in his native Texas. “I was just figuring out portraiture then,” he said.  “And it was reassuring to be reminded that whenever you pick up a camera, there’s always a photo to be taken. That was true then, and it’s true now.”