The celebrated fashion designer, author and sustainability advocate arrives in the Bay for a string of events this weekend.

Within the cavernous Tartine Manufactory, a hipster bakery-slash-bistro in San Francisco’s Mission district, an intimate gathering of friends and guests swirled around Maria Cornejo at a Thursday book signing for her Rizzoli book, “Maria Cornejo: Zero 1997 – 2017+.”

The party kicks off a weekend-long list of events hosted by Zero + Maria Cornejo, which includes a speaking engagement at The Wing on Friday. She will speak with interviewer Alyse Archer-Coité from Apple about sustainability and responsible design practices, before heading to the brand’s first San Francisco pop-up on Saturday and Sunday at the new Sabah store on Haight Street.

For Cornejo, her partnerships this weekend are as integral as the activities. For instance, the book signing is a joint effort with Tartine Manufactory’s Elisabeth Prueitt, who was also on hand with her own title, “Tartine: A Classic Revisited.”

“Liz Prueitt is a friend and client, and has been for quite a long time, and I think it’s really nice to do things to support each other, as women,” Cornejo told WWD. “We both have very different types of business, but they’re both very holistic in the way we work with women — she works with food, [but] you know, it’s exciting to see how we can collaborate.” 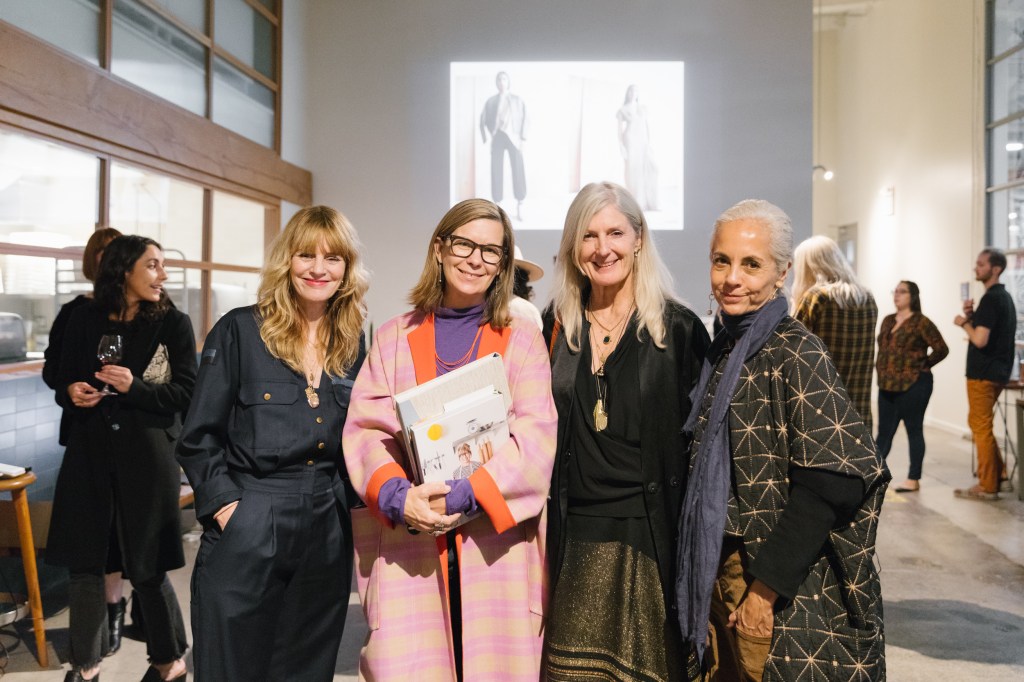 The small invitation list made for an intimate affair, with 30 or so guests mingling, taking in the ambience and celebrating the authors’ books, between sips of wine and bites of Tartine’s well-appointed parcels of baked treats and passed hors d’oeuvres.

Considering the eco-forward “wokeness” of San Francisco and Cornejo’s focus on sustainability — not to mention the local appetite for her designs — it’s a wonder that her brand never found permanent roots in the Bay. 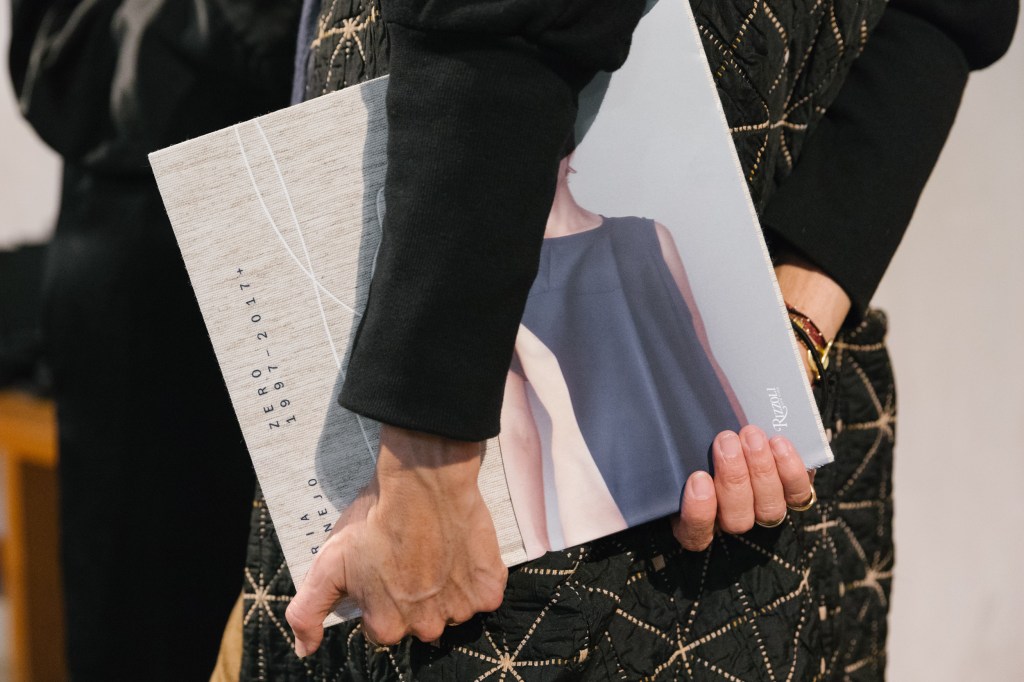 Then again, perhaps it’s not so surprising: On the lips of some guests was The Bay Area’s predatory real estate market, a hot topic in regional and national discourse. Locals continue to grapple with the much-publicized housing crisis, which has driven numerous San Francisco residents out of the city or out of the area entirely, looking for relief in places like Texas and Arizona.

This has affected the retail side, too. Commercial rents go for as much as $10,000 per month for a minimal space, and often even more. The scenario has led to a swath of high-profile restaurant closures and turns the sales churn into an impregnable, vice-like squeeze for retailers of all types.

Zero + Maria Cornejo had considered opening a permanent store in San Francisco a few years ago, but backed off when it couldn’t come to agreeable lease terms.

Cornejo doesn’t rule out opening a store in the Bay Area at some point. The brand has a “big following there,” she said, and added that it might be “a possibility one day.” But for now, the brand is relying on pop-ups to reach out directly to farther-flung fans. 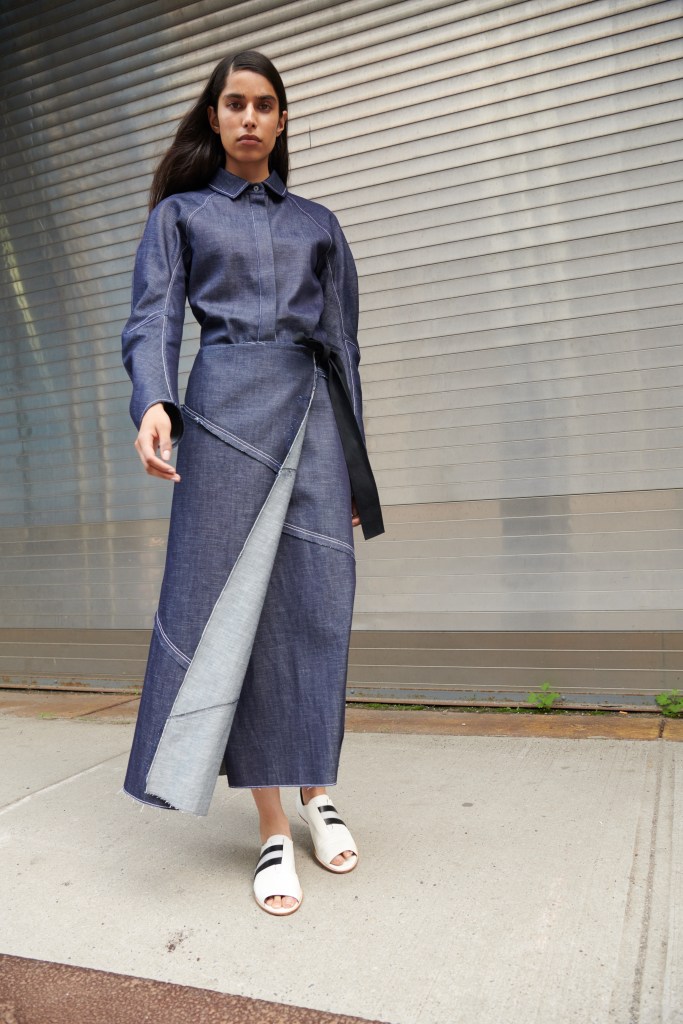 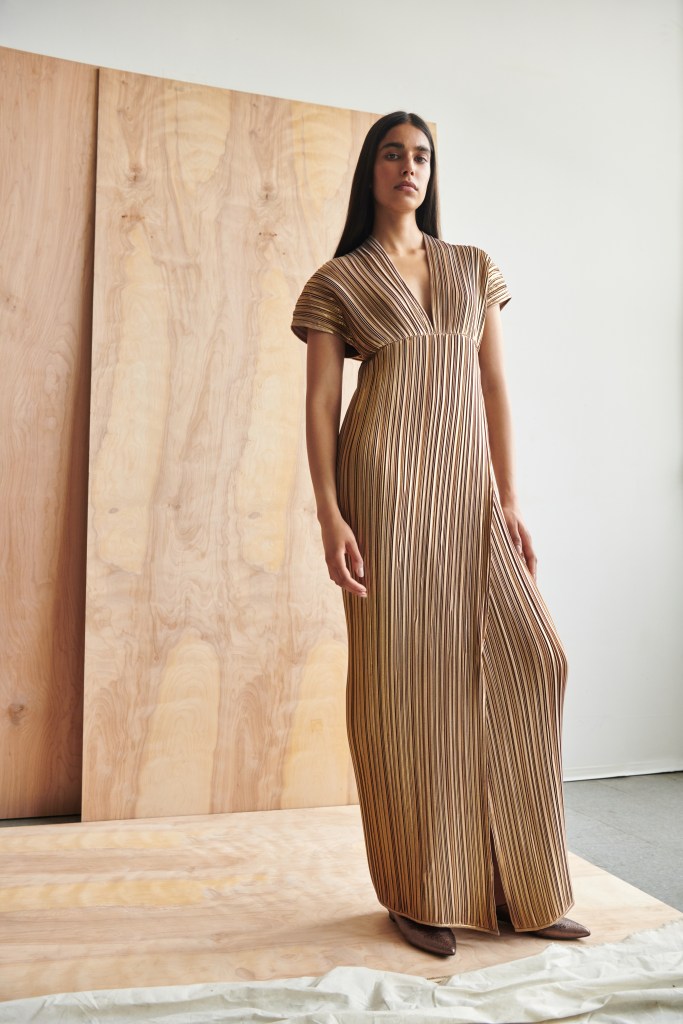 Saturday kicks off with a brunch, courtesy of chef Gabriela Camára from Cala and her Mexico City-inspired fare. Expected guests include Fernando Aciar from Fefo Studios, Lorena and Jorge Martinez from Loló, April Gargiulo from Vintner’s Daughter, Catherine Bailey from Heath Ceramics and Tartine’s Prueitt. Once there, they’ll also enjoy margaritas from Yola Mezcal and wine from Quintessa.

“We’re a bunch of like-minded women,” she added. “We all love food, we love clothing, we love sustainability.”

The pop-up — which will take place at the new Haight Street location of shoemaker Sabah — extends to Sunday, giving locals and other visitors plenty of time to connect with Cornejo and her line. 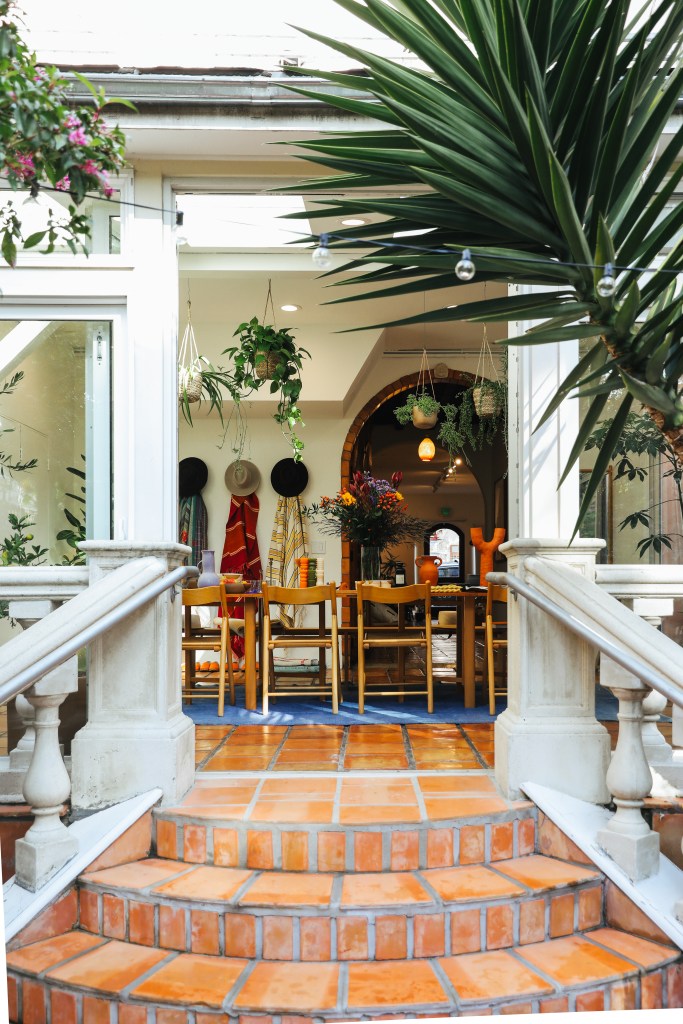 “I’m excited to meet some of the clients,” she added. “We know that they had the collection online. Or they were buying it from Barneys. [But] it’s exciting to meet them face-to-face.”