"Every time I arrive in town you can find something new," said Dior's creative director. 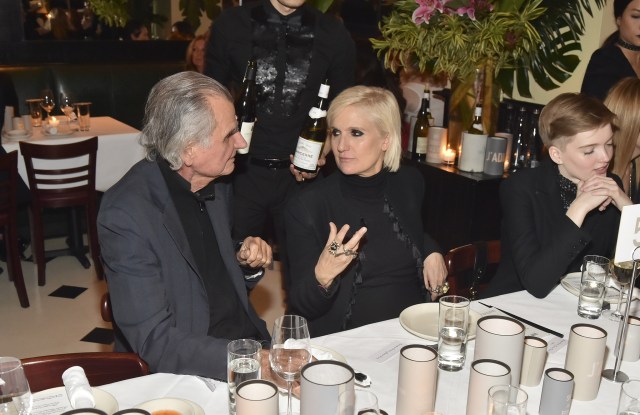 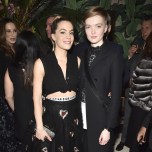 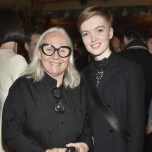 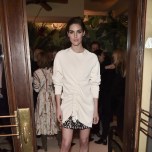 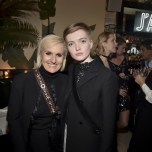 Dior creative director Maria Grazia Chiuri’s flight to Manhattan may have been delayed thanks to Winter Storm Stella, but she was happy to be in New York nonetheless. And she even managed to make it to an outer borough.

“I was very happy, because this morning I went to Brooklyn — there’s a great exhibition in the Brooklyn Museum on Georgia O’Keeffe. It was beautiful,” she said at the party Thursday night at Saks Fifth Avenue for the launch of her spring Dior collection at the store.

The retailer had erected a wall blocking the view of VIP guests from casual shoppers, but those who found their way and made it past the velvet rope had an opportunity to schmooze with Grazia Chiuri and Dior chief executive officer Sidney Toledano — not to mention Dior campaign face Ruth Bell, a handful of fashion girls, and Saks president Marc Metrick.

Chiuri’s visit to see work by the modernist painter fits into the narrative she’s been spinning with Dior. “I never imagined that something so personal could be so huge,” said the designer, who was wearing one of her “We Should All be Feminists” Ts for the evening’s festivities. “I spoke about feminists, because it’s something that is very close with myself and my personal story,” she continued. “I really like the idea of giving a point of view that speaks about women with other women. Dior is a feminine brand, but we need today to speak about women. We reflect all together.”

Nearby, Bell was eying the couch opposite Toledano. “I’m about to lay on one of those couches and have a little nap,” said Bell. The model had just flown in from London, landing hours earlier, and was flying back out the next morning. No rest for the weary. “No one will notice; if they notice they’ll think I’m a mannequin.”

On their way out of Saks to a downtown celebratory dinner at Indochine, guests passed an actual mannequin on the first floor dressed in the same outfit as Bell. Turns out her earlier comment held some merit.

“These shoes are like three sizes too big, so they have tissues in the ends,” Bell said, gesturing to the heeled sling-backs on her feet. “But I mean, you have to suffer for fashion.”