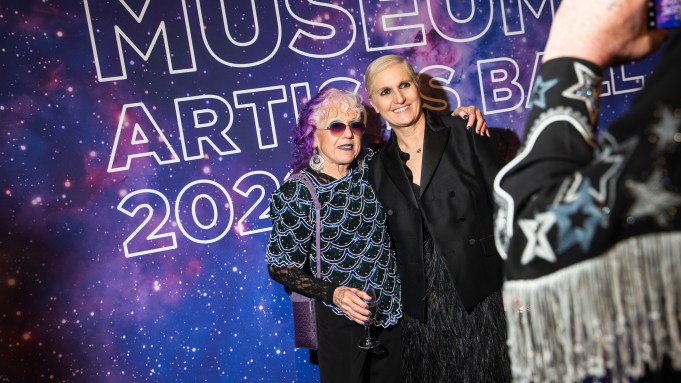 It’s a big week for art benefits, and Tuesday night it was the Brooklyn Museum’s turn. The annual Brooklyn Artists Ball returned to honor Dior’s Maria Grazia Chiuri, as well as longtime trustee Saundra Williams-Cornwell and her partner W. Don Cornwell. Guests were encouraged to take sartorial inspiration from the recent “Christian Dior: Designer of Dreams” exhibition and dress like a star, “as a playful interpretation of the designer’s lucky symbol and related fascination with astrology, as well as the House of Dior’s history of dressing the red carpet’s most notable celebrities,” the invitations said.

“It’s a great emotion and I think of all the women who have helped become who I am today. It’s really with them that I share this honor,” said Chiuri of being recognized by the museum. “Being honored at the Brooklyn Museum also has a special meaning for me. It’s the museum where we showed the exhibition ‘Christian Dior, Designer of Dreams’ last September. But it’s also a museum where I have found inspiration over the years. Exhibition after exhibition, it has truly contributed to my own education in art and especially to my understanding and great passion for feminist art that guides me in my work today.”

The evening raised a record-breaking $2.4 million for the museum, and after dinner concluded patrons were rewarded for their support with a DJ set by Beatz, who mixed his wife Alicia Keys’ “Empire State of Mind” for a fitting wrap of the night.