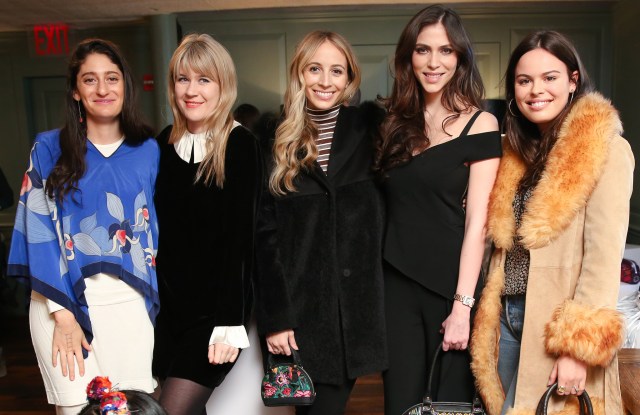 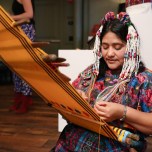 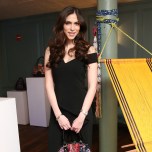 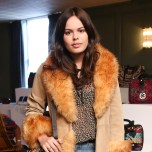 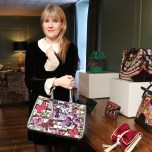 On Thursday afternoon, former Miss Guatemala Alida Boer brought Maria’s Bags, her collection of bags hand-embroidered by women in her native Guatemala, to SoHo House for their New York debut. Boer was joined by Tennessee Thomas, Harley Viera-Newton, Atlanta de Cadenet and Arden Wohl to preview her bags and witness several of the women at work, who traveled to New York from Guatemala.

The bags use “huipil,” the fabric from “the blouse, the local garment,” Boer said. Boer, who held the Miss Guatemala title in 2007, was inspired to launch her line after seeing the reaction the local material garnered internationally. “I took it to London, and I was wearing it one day with jeans, and everyone stopped me asking ‘where did you get this?’” she said.

“I thought this is such a beautiful thing, but some of us cannot wear it all the time — see, I’m wearing black right now,” she added. “So I thought the best way to portray this is to do bags.”

She began the brand four years ago with three women, and now has more than 500 working with her. One bag can take up to six months to craft.

“Most of the women I work with are wives, they have children, and so this is a tradition they can do from their houses,” Boer said. “It was a tradition that was being lost, because most of them were not being paid fairly.”

The bags are carried in Bloomingdale’s in Dubai, boutiques in Mexico and Panama, and at a flagship in Guatemala, as well as seven other selling points in the country.

Boer just gave birth to a baby boy, Aga, three months ago, and her newly minted motherhood is inspiring her to expand the brand Stateside. “Now that I have a baby, I have more respect for what mothers go through,” she said. She plans to be based in the U.S., and hopes to open a Maria’s Bags boutique in New York shortly.

The brand also funds a small school, with 248 students currently, many of which are the children of the workers.

“Guatemala is such a small country, but there is so much beauty,” Boer said. “Some people ask me why we don’t do the bags in white or black or just one color — we tried one, and it just isn’t us. It isn’t Guatemala.”