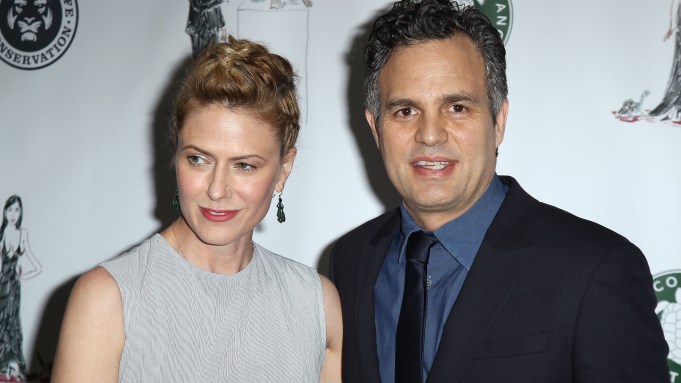 “I have a very, very, deep, long relationship with turtles. I often walk the earth and speak to them. And they give me such good advice, about love,” Dustin Yellin began to divulge on Monday evening from The Bowery Hotel. “They told me to be careful when I come out of my shell.”

The artist’s comment wasn’t too far off the mark given the evening’s cause, which was turtles. The annual Turtle Ball, which raises money and awareness towards the conservation of turtles (which also includes tortoises), had drawn quite the crowd — Drew Barrymore, Matt Dillon, Rashida Jones, Edward Norton, Cheryl Hines and Robert F. Kennedy Jr., Naomi Watts, Jenna Lyons — not to mention a few billionaires, always welcome guests at philanthropic events. The evening honored impassioned environmental activist Mark Ruffalo, who moonlights as an actor (currently in “The Price” on Broadway) and was particularly outspoken about hydrofracking ahead of its 2015 ban in New York State.

“Mark has really come out as a leader in promoting environmental issues, and has done so much in New York state to fight hydrofracking, and work against the Dakota Access Pipeline. Mark is really an inspiration to all of us,” said Turtle Conservancy president Eric Goode, who paused to answer a phone call while fielding questions from reporters on the carpet. “I’m kind of busy right now,” he told his caller.

Lyons preemptively deflected questions regarding her recent ouster from J. Crew. “I don’t want to talk about my job. That’s the only thing I don’t want to talk about. I’m here for Mark,” said Lyons. (Well, him and the art auction — “I’ve come before and actually got some amazing pieces,” she added.) “Our kids are very good friends, and [Ruffalo] is often telling our kids about how important it is to be conscientious,” Lyons explained, as partner Courtney Crangi glanced up from her cell phone a few steps behind her. “It’s not about what your point of view is, it’s more about knowing and being informed.”

“I don’t know [Ruffalo] really, we’ve seen each other in passing. But he is a real activist,” Barrymore remarked while mingling during the event’s pre-dinner cocktail. “It’s one thing to show up at a party and talk about it, but it’s the people out there who are really — not only outspoken about it, but for me the keyword for anything — I don’t care if it’s your exercise program, or your spirituality, or your kindness of others — but consistency. Anyone who is consistent earns my deepest respect.”

Lo and behold, consistency was Ruffalo’s larger takeaway from turtles. “Slow and steady wins the race, brother. I always relate to them just because of their steady, deliberate nature,” he said. “You know when you’re doing this kind of work, you’re always plotting. Most of the time it looks like you’re never going to win, but if you just keep going at your own pace, what you can handle, you have an enormous amount of stamina and eventually you get to where you’re headed,” he continued. “If things get rough, you just pull yourself inside and wait, and keep moving when the time is right.”

“This is a corporate takeover of our democracy, and the way we have to fight that is with our money — the same language that they speak. And there’s a lot of money in this room, and by divesting and reinvesting that money, you’ll be speaking the language they speak,” Ruffalo said while accepting his Turtle honor onstage, eliciting growing cheers from the crowd. “You can go to all the rallies, you can do all of that stuff, but with this kind of room, put your money where your mouth is.”

Freida Pinto Takes a Stance in ‘Guerrilla’
Sienna Miller on Motherhood, Being ‘Shy and Weird,’ and Taking on Tennessee Williams
Gavin Rossdale on His New Clothing Line, Making Music and Being a ‘Soft Touch’ Dad
Michelle Branch: Back at Last