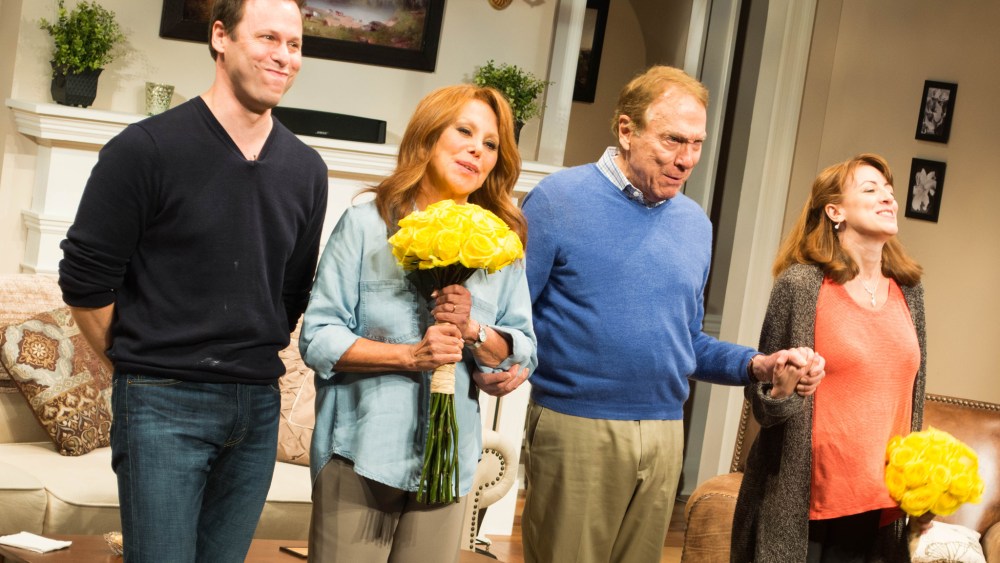 Following successful runs at George Street Playhouse in New Jersey and Guild Hall on Long Island, Marlo Thomas’ “Clever Little Lies” has finally hit the big time: Broadway. Well, Broadway adjacent. The four-time Emmy winner leads the intimate play at the Westside Theatre in Hell’s Kitchen and on Monday drew a crowd on opening night like she was still in her “That Girl” heyday.

“It’s just fun. It’s more fun,” Thomas said of performing for such a familiar audience that night. “We’ve already been through the reviewers, we’ve been through all of the judgment, and now we’re just with family and friends.”

In Joe DiPietro’s play, Thomas is the family matriarch who springs into action (and a series of lies, big and small) after discovering that her son is unfaithful and considering leaving his new marriage for another (younger) woman. “What I loved about it was that it’s so full of surprises,” Thomas said of the plot. “It really makes you think about what people go through, and how they affect all their lives, like an earthquake in the family. When one person does something wrong and then lies, those lies resonate throughout the family.”

So, about those clever little lies. Does she ever fib herself?

“I get stuck. I tell somebody I can’t go out to dinner because I’m out of town, and then I run into them at a restaurant. Those are the lies I tell,” she confided. “They always get me into trouble. My husband always says to me, ‘Just say you don’t want to go.’ I don’t know how to do that without sounding rude,” she continued. “But big lies — I don’t tell big lies.”