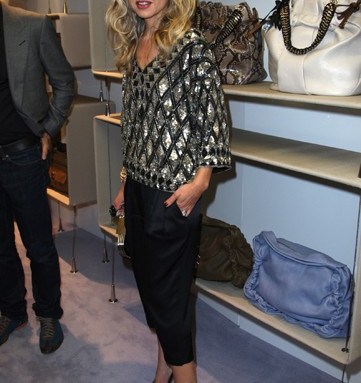 SHOP IT LIKE IT’S HOT: Less than 24 hours after the Costume Institute gala ended, the fashion pack was at it again, flocking to the Upper East Side to celebrate the opening of the new Marni boutique.

“It seemed like good timing. There was good energy,” said Consuelo Castiglioni of baptizing her store right after the Met’s affair. The designer was headed back to Italy the next day and if she was feeling any party fatigue, it wasn’t evident. (For the record, Castiglioni prefers American coffee to the Italian kind.)

Others in the crowd, which included Jamee Gregory, Alexandra Kerry, Fabiola Beracasa and Genevieve Jones, admitted to some residual party lag.

One reveler was a bit more blunt. “I feel like ‘Night of the Living Dead,’ ” she said.