'Martha's Flowers' was cowritten by Kevin Sharkey, who filled porcelain pieces from the David and Peggy Rockefeller collection with flowers for the affair. 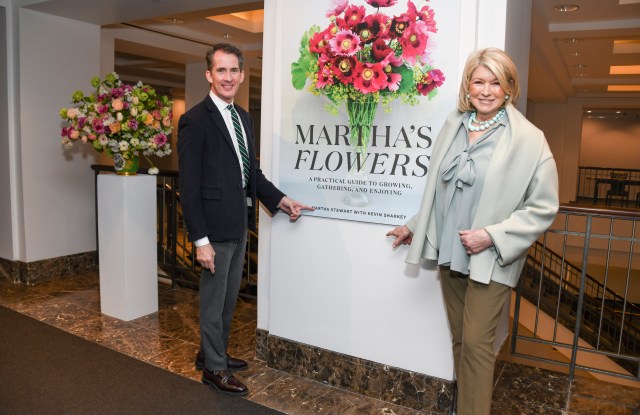 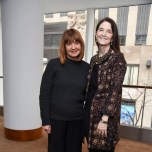 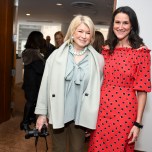 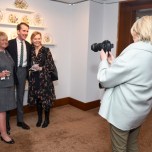 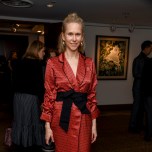 A bouquet of mimosas, Icelandic poppies and daffodils poured from a botanical-painted porcelain vase, their pastel yellow and white petals bowing toward a static flock of 18th-century ceramic swans.

This was just one of the several intricate table scapes arranged in celebration of Martha Stewart’s latest tome (her 90th) simply titled “Martha’s Flowers.” Stewart was joined Thursday by the book’s coauthor, Kevin Sharkey, for a luncheon at Christie’s New York headquarters.

A boardroom of the auction house was transformed by Sharkey into botanical bliss as Stewart’s longtime senior vice president filled precious ceramics owned by the late David and Peggy Rockefeller with all forms of fritillaria and other blooms flown in from Europe for the occasion.

“Did you put other containers inside them?” asked Stewart of the vessels, which included an assortment of hand-painted urns, soup tureens and chestnut bowls from various china sets collected by Rockefeller throughout his long life. “No,” replied Sharkey, casually. “They’re all being used just as Mr. Rockefeller would have used them.”

As it happens, Stewart and Sharkey have past experience using some of these pieces, often at Rockefeller’s Seal Harbor, Maine, estate, which is near to Stewart’s own seaside retreat. “He was a very down-to-earth and very intelligent man in many, many different areas,” remarked Stewart, who floated around the room snapping digital photos “for my archives” before guests arrived. “He was my best friend up in Maine.”

The afternoon was as much a toast to Stewart and Sharkey as it was to the legacy of David Rockefeller. The menu boasted some of his favorite dishes from his summer home, including Maine lobster salad, beef salad from cattle he raised on nearby Bartlett’s Island and, naturally, Oysters Rockefeller.

Between courses Stewart addressed the crowd, which included Irene Roosevelt Aitken, Indre Rockefeller, Eliza Bolan, Christie’s chairman Marc Porter, Debra Black, Jamie Tisch, Muffie Potter Aston and Frédéric Fekkai. Stewart recounted her first meeting with Rockefeller when he arrived suddenly at her door in Maine as she had just moved onto the property in the Nineties.

“David had driven himself to welcome me to the neighborhood,” she explained, describing Seal Harbor as a “very staid environment” of old money residents. “It’s not like New York where the flashier you are the better, but up there you can’t be nouveau riche. He said any time [I] wanted company or to see [his] mother’s garden to give a call. He made my entry to Seal Harbor acceptable.”

But as Stewart recalled, she began to get “little inklings that maybe the [Rockefeller] family was thinking I was a gold digger. But he was older than my mom and I was thinking of him as an inspiration, not a boyfriend. Maybe I was stupid. I could have had that [Paul] Gauguin for God’s sake,” she said, pointing to a one of his paintings adorning the room’s walls. “To see his [art] here rather than in his homes is sort of bittersweet,” she added. “I miss him so much. To have a house at Seal Harbor without a David Rockefeller there is pretty sad.”

While Stewart honored the late philanthropist, all others in the room were celebrating Sharkey and Stewart. Rachelle Hruska MacPherson, who founded the luxury sweater company Lingua Franca, gave a nod to Stewart and others by wearing a one-of-a-kind hand-stitched red cashmere adorned with the first names of influential women in honor of International Women’s Day.

“The sweater is usually hanging in our office almost framed and I thought I have to wear it because Martha’s name is on it,” said Hruska, who later gifted Stewart another of her creations that read “original gangsta.” “I hope she’s flattered by it — she should be, she’s such a role model.”

Bulgari to Open Hotel in Paris