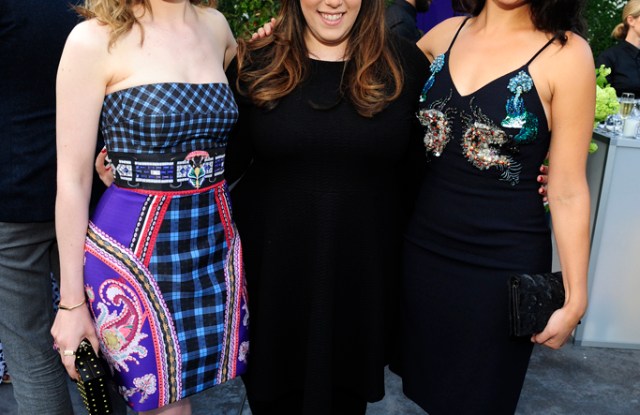 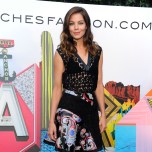 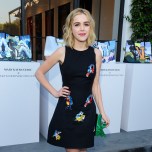 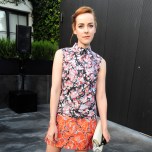 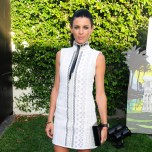 Mary Katrantzou is having a good April.

Last week, Bergdorf Goodman hosted a dinner in her honor in New York. And on Monday, Matchesfashion.com moved the celebration to the West Coast. The official reason for the party was to launch the designer’s A-to-Z totes. Katrantzou was overwhelmed with the attention, but more so, she was in awe of the space around her, the Kayne Griffin Corcoran gallery. It wasn’t until the party was in full swing that she realized the venue’s extraordinary origins.

“I just found out James Turrell designed this space,” she said. “How did I get so lucky? It’s a hidden gem.” All over the grassy garden courtyard, her colorful bags were displayed on their own white pedestal, all the better for her many, many Hollywood fans to ooh and aah over them. “What can I say, I’m a whore for prints,” said Gillian Jacobs, of the cult series “Community.”

“Her prints are like, so wild. Sometimes being really abstract can feel masculine or bulky, but hers are always elegant and feminine,” Jena Malone continued. Kiernan Shipka, Jenny Slate and Michelle Monaghan were among the other actresses who attended.

With most of the action in the courtyard, few guests realized that one of Turrell’s famed skyscapes was on view in the gallery’s conference room. Monaghan managed to find her way there, and sat mesmerized for several minutes, snapping photos with her phone. “I’m sorry, Mary, your clothes are great, but this is the real reason I came,” she said, in jest. “Actually, I just joined Instagram and I’m having a lot of fun posting things. I started following Mary. I looked at her feed and thought, ‘This woman seems like a lot of fun.’”