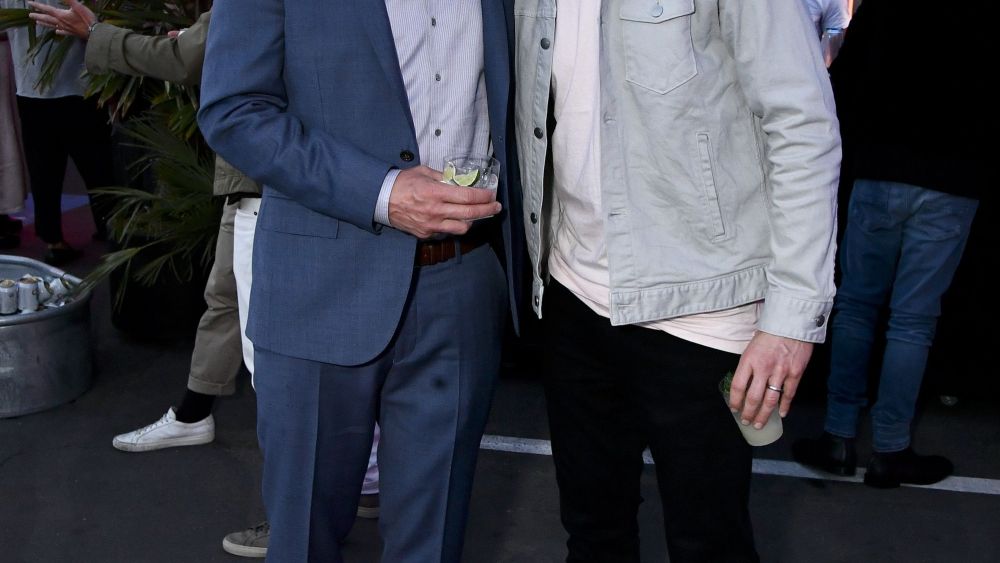 It’s been a while since a fashion brand has really thrown a good old-fashioned party in Los Angeles.

Yes, there have been luxury takeovers of little-known pockets of the city (Hermès) and lavish constructs in private homes (Victoria Beckham for Target) as well as full-on music festivals in landmark public places (Tommyland). But it’s been at least a decade, well before the recession, that a brand has committed to transforming a Hollywood venue into the kind of party that masses of cool people go to, not because they’re being paid and not because they want to see a Jenner or Kardashian being paid to be there.

But that’s what happened on Wednesday night (not even a Thursday, the traditional day of choice for such parties) when bold-faced names such as Matt Bomer and Ty Dolla Sign descended on The Hollywood Premiere motel, which had been transformed into the “Mr Porter Motel” for the night as the men’s luxury e-tailer celebrated “Made in California,” a series of 12 exclusive capsule collections inspired by the West Coast and featuring 12 brands with California roots: Amiri, The Elder Statesman, Golden Bear, James Perse, John Elliott, Mollusk Surf, Noon Goons, Outerknown, Rick Owens, Second/Layer, Simon Miller and Stussy. The collection launched online the day before, followed by a dedicated issue of the Mr Porter Journal on April 20.

Sure, some of the celebs had been wrangled and probably not for cheap, but more than 700 guests including some of the designers of the “Made in California” collections, Mike Amiri, Greg Chait, John Elliott, Kurt Narmore, John Moore, Josh Willis and Anthony Franco, Daniel Corrigan and Chelsea Hansford, along with other L.A. designers Chris Stamp and Lisa Marie Fernandez, drove themselves to the east side of Hollywood to mingle amongst a slew of male actors, models, athletes and musicians in the parking lot and drink beer from cans.

It felt like a throwback in more ways than just high school nostalgia (yes, there were Eighties video games and records in the rooms upstairs) because the crowd seemed to be truly enjoying itself, puffing on cigarettes in the open air, noshing on B.S. Taqueria street tacos and grooving to DJ sets by Myles Hendrick and Mike WiLL Made-It. Rapper Ty Dolla Sign even joined in from the second-floor balcony turntables.

Down below, guys posed inside a vintage Porsche and Volkswagon van, and inside one of the motel rooms, there was also bandana customization (the perfect Coachella Weekend Two accessory) and the front office offered logo’d combs, lighters, pins and other party favors. Other props also became de facto party favors, such as the monogrammed robes and slippers.

Actors Ethan Peck, Jack Falahee, Joel McHale, Chord Overstreet and Lakeith Stanfield mixed with musicians Slim Jxmmi of Rae Sremmurd, Travis Mills, Black Atlass, rapper D.R.A.M. and athletes Victor Cruz, Robbie Rogers and Ben Nordberg. Fittingly, there was In-N-Out Burger at the end of the beer-and-tequila-fueled night, and the rowdy crowd didn’t have to quiet down — they were on Hollywood Boulevard, after all.