The designer also curated a towering Christmas tree to raise awareness for the charity. 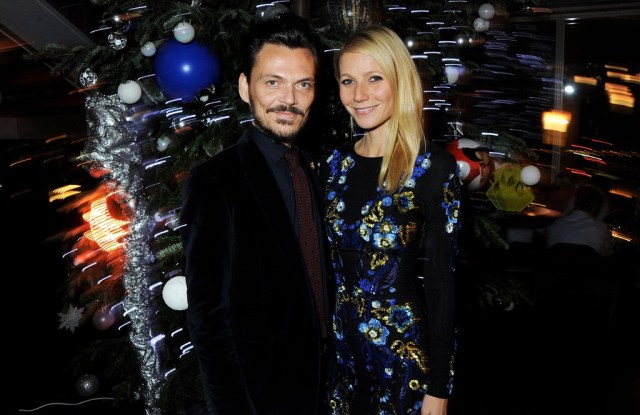 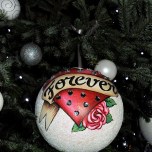 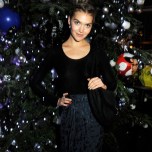 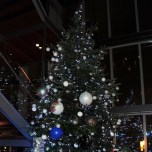 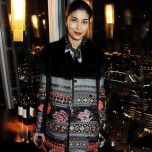 Way up on the 31st floor of the Shard, London’s newest skyscraper, Matthew Williamson was spreading festive cheer. “I do feel a bit Christmas elf-y,” he said. Williamson was cohosting a dinner with Gwyneth Paltrow at Aqua Shard, where a towering Christmas tree had been curated by the designer to raise awareness for Kids Company, the charity that provides support to vulnerable London children.

Williamson asked his famous and creative friends, including Sienna Miller, Charlotte Tilbury, Elizabeth Saltzman, Polly Morgan and the architect Zaha Hadid to create oversize Christmas decorations to adorn the tree, which will be twinkling at the restaurant until New Year’s Eve. The ornaments will then auctioned for charity.

Arizona Muse hadn’t yet begun work on her bauble but said that she was planning to cover hers in leaves on a graded color scale, from green to gold. “I’ll do it myself,” she said. “I have everything set up. I just need to start.”

Artist Caroline Jane Harris, whose intricate hand-cut paper creations will be the subject of a solo show at London’s Scream gallery next year, said that her decoration had yet to be hung. “I wanted to use paper cuttings but wrapping a sphere was impossible, so mine’s a cube instead,” she said, adding that her Christmas would be spent at home in London with her parents and family.

Williamson had similar plans for the festive period and was intending to spend it with his family in the North of England. Ever-mischievous, he joked that he would be giving his partner Joseph Velosa “a box of Epsom salts” for Christmas.

Caroline Issa was planning on giving back. “I volunteer at Christmas and help the charity Crisis feed homeless people,” she said. “It’s good for me. It’s good for my karma account.”