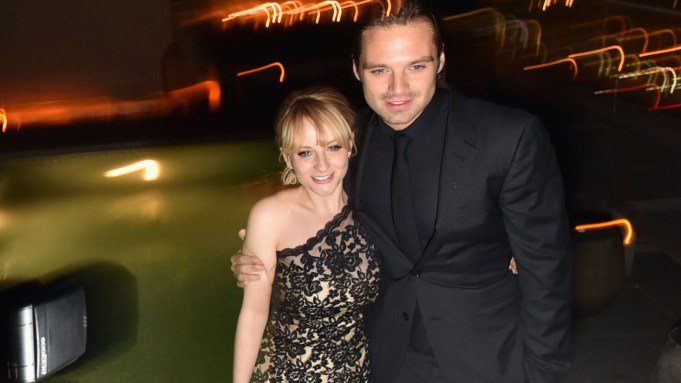 As Rio 2016 fever starts to heat up, “The Bronze” focuses on a fictionalized Olympic competition — and taps into fanfare around a sport near and dear to the hearts of many girls: gymnastics. Unfortunately for that demographic, this expletive-filled film is far from the realm of family-friendly dramedy.

The movie features and was cowritten by Melissa Rauch, best known for her character on the TV show “The Big Bang Theory.” “The Bronze” tells the story of former Team USA gymnast — and Olympic bronze medalist — Hope Ann Greggory. Ten years later, the exceedingly selfish and offensive Hope is still living in her father’s basement — and in the D-list glory of her late Olympic career. Motivated by the promise of financial gain, she signs on to coach a young gymnast, who also threatens Hope’s hometown hero status as she competes for a gold medal at the Olympics.

Brooke Shields, Debbie Harry, Alicia Silverstone, Michael Stipe, Rachel Dratch, Raven-Symoné and Sarah Wynter were among the crowd that packed into indie cinema Metrograph for the Cinema Society and Self-hosted screening on Thursday night to put the movie’s comedic promise to the test.

“I’m the most un-athletic person you’ll ever meet,” the 4 foot, 11-inch Rauch proclaimed before the screening. “I did take gymnastics lessons for the movie, to the chagrin of the Russian coach I was working with, who thought I was insane for starting gymnastics lessons at 30-something. He was very confused by me.”

The movie also stars Sebastian Stan as a competing coach and former lover, and Thomas Middleditch as a local gym owner and current love interest.

“We didn’t really have enough time for me to learn how to do a split squat, so to speak,” said Stan, before breaking out a coy smile. “But wherever I was, it was enough, because they used me as much as they could for the showcasy gymnastics scenes.” That “showcase-y gymnastics scene” was indeed showy: Stan and Rauch took their characters to the nude for an over-the-top acrobatic hook-up.

“I saw it as choreography — I’m a big fan of dance,” director Bryan Buckley remarked of his approach to the sex scene. “In the end it was like, oh, where do we get to the NC-17 rating? And I was like I don’t know, where’s the point where you cross into the dark zone where you’re never going to be able to show this thing?”

The movie came away with an R-rating. Thomas Middleditch came away with a refined facial twitch. “I just had to work on a facial twitch that wasn’t too distracting,” he said of prep work for his character. “I was watching this movie last week and found myself twitching. It’s my joker, essentially.” As long as the comic-film bubble doesn’t burst, Middleditch is likely to get his own character moment soon enough.