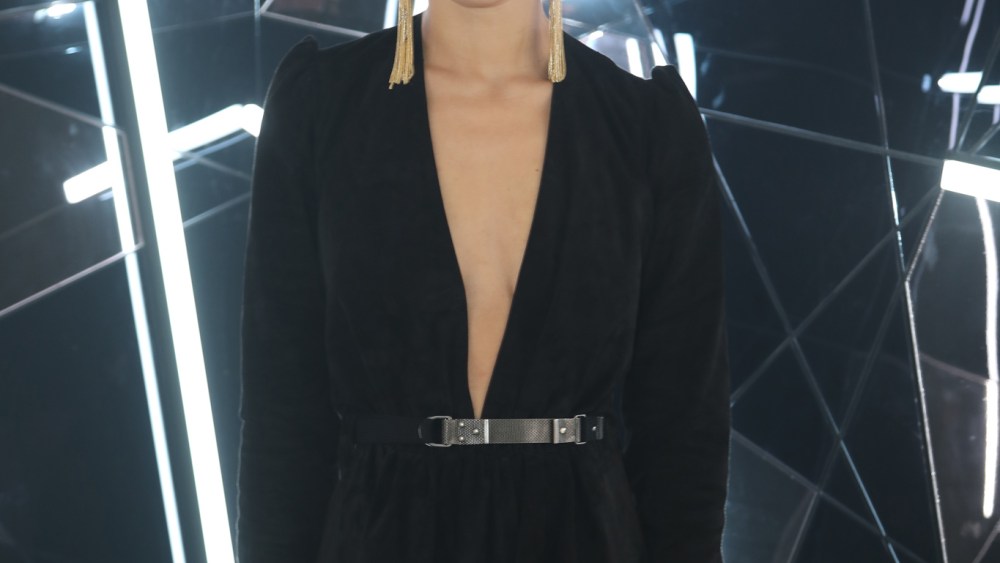 Yves Saint Laurent Beauté pulled out all the stops Wednesday in Paris, when it hosted a beauty club-themed soirée in the Tuileries Gardens.

The vast tent was dramatically lit with neon lights and had creative details, such as a lipstick ATM machine and full-service makeup bar. No ID required.

A number of the L’Oréal-owned brand’s ambassadors swooped in for the festivities. In Paris for less than 24 hours, for instance, was Zoë Kravitz. The actress and musician, who was signed on in May to do a social media campaign for YSL, enthused about the experience. “They’re really allowing me to be myself,” she said.

Otherwise, acting and music have been keeping her busy. “Big Little Lies” was just released on HBO. “I’m shooting ‘Fantastic Beasts and Where to Find Them’ in the summer,” continued Kravitz, referring to an installment of the “Harry Potter” franchise in which she plays Leta Lestrange.

Among the directors she strongly admires — and might want to work with one day — are Quentin Tarantino, Martin Scorsese and Terrence Malick.

Meanwhile, her band Lolawolf is out to finish its album this summer.

When not busy modeling, Staz Lindes — a recently signed YSL makeup ambassador — practices with her Los Angeles-based band The Paranoyds, in which she plays the bass and guitar. “I’m about to go to South by Southwest and do a tour,” she said.

So what inspires her musically? “I’m a really big fan of an L.A. band called X from the Eighties, a lot of like punk stuff,” she said, also ticking off names such as the Violent Femmes and The Velvet Underground. “We like having as much fun as we can. It’s nothing about looking good or keeping composed,” she said. “It’s very messy.”

Edie Campbell, besides being as a makeup and perfume ambassador for YSL, continues working on her line of embroidered, iron-on patches called Itchy Scratchy Patchy.

Another project is horse riding — eventing, specifically. Campbell wakes up daily at 6 a.m. to ride with a trainer. “It’s very focused, very intense,” she said.

Anja Rubik is a model-multitasker, too. She has been working on her annual publication called 25 Magazine. “Every issue there is a theme that I think is very relevant to the times that we live in,” she said.

The next edition, due out in the fall, is about change. “I think we live in times of really intense shifts in almost every single part of our lives — from the political situation, ecological, from the way approach sexuality, gender, the way we eat, so many changes in the fashion world,” she said.

Then there’s her earth conservation video project, which should come out in June.

Stephan Bezy, Yves Saint Laurent Beauté international general manager, said such an event as the “beauty club” was for the brand’s enthusiasts to live the dream. “It’s a way for us to push the connection even further, to go deeper in the relationship with our tribe,” he said.

Other attendees to the bash included Amber Valletta, Adwoa Aboah and Anna Cleveland.