The Society of Memorial Sloan Kettering celebrated 70 years with their spring ball. 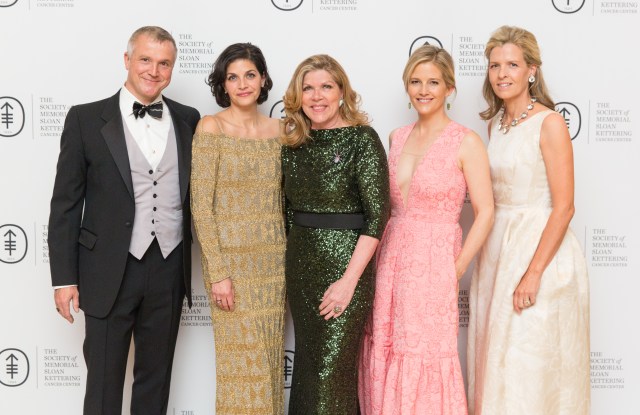 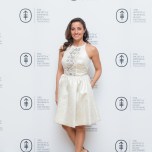 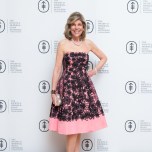 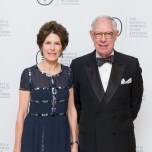 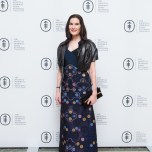 While friends of the Whitney Museum were toasting the institution’s downtown anniversary, patrons of the Society of Memorial Sloan Kettering gathered at The Plaza hotel for the annual spring ball, marking the organization’s 70th anniversary. Guests including Katie Couric, Arie and Coco Kopelman, Shoshanna Gruss, Jamee Gregory, and chairs Kate Allen, Liz Gardiner and Heather Leeds brought out their finest spring frocks for an evening of cocktails, dinner, fund-raising and dancing, all in the name of cancer research.

“I’ve been doing a series on them the last two weeks — I was casually familiar with them before that and now I’m very familiar,” said Humans of New York photojournalist Brandon Stanton, over the dinner bell chimes. “I’m really coming at it from every single angle. Like today, I spent three hours with a pediatric surgeon, not just talking about the cancer and the science he is doing, which is amazing, but also [talking] about the emotional and psychological experience of being a pediatric neurosurgeon, of healing kids — that is by far the most fascinating thing about.” Stanton was the center of attention during the cocktail hour, a hot commodity for many of the cane-carrying patrons.

In honor of the anniversary, the Society gave out their inaugural Society of Memorial Sloan Kettering Prize to Dr. Richard J. O’Reilly, chairman of the MSK department of pediatrics and director of the bone marrow transplantation program. Greeted with a lengthy standing ovation, O’Reilly expressed his gratitude for the recognition. “When my mother died of esophageal cancer, here at Memorial Sloan Kettering, she died peacefully, and I remember her great words,” O’Reilly told the crowd. “She said ‘this place is so extraordinary. The nurses are always there — each night, as I eat my dinner, a woman comes and brings a rose to my table.’ And that was a member of the society — actually it was Mrs. Rockefeller.”