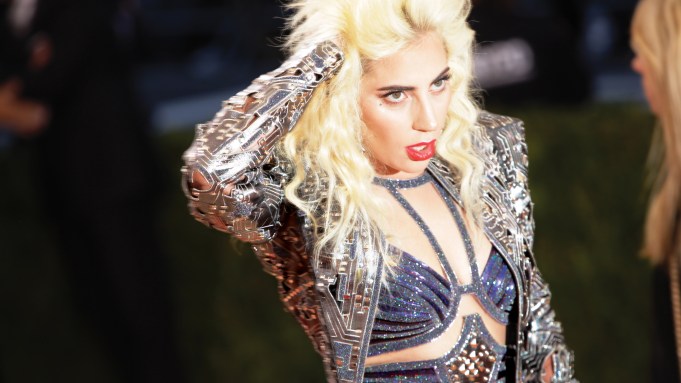 One could consider Monday night’s Met Ball a bait and switch of sorts. With the theme “Manus x Machina: Fashion In An Age of Technology,” the natural assumption of attendees was that the echo-ey galleries of the museum’s Costume Institute would be filled with gleaming gizmos, gadgets, LED lights and Siri-esqe robotics — the latest wonders of circuitry that would turn the museum into something rivaling Tomorrowland.

The sponsor was Apple, after all, the coolest tech company in the world.

Instead, the exhibition’s focus was technique and garment application — the quiet, hidden-between-the-seams wonders of laser-cutting, hand work and technical appliqués. The concept isn’t tech-y per se, but rather a compendium of how the two — man and machine — meld together to create fashion artistry.

So perhaps it was forgivable that so many of those trooping the Met steps misfired in the sartorial ranks as they desperately strove to hit the ostensibly futuristic theme (and trend on Instagram). There were enough Kevlar-looking outfits to fill the International Space Station, along with astronaut-clunky boots, robot-mimicking trims and broad shoulders straight out of “Lost in Space.”

Few seemed to catch the irony. That of the juxtaposition between the exhibition’s focus — on the artistry of fashion and its timeless craftsmanship — and the screaming paparazzi desperate to get shots of a Jenner or Kardashian and instantly trasmit them to the global masses. Fashion is on an atomic accelerator — evidence ranges from the buy-now-wear-now movement to the totally structureless fashion calendar to the prospect of ticketed shows, all suggesting free fall. And if the industry is overheating, the Met Ball is the molten hot nucleus, a celebration of our global warming, if you will.

It was apparent in the last few minutes of the first Monday in May that the Balmain atelier, for one, had apparently been in a veritable microwave the week prior. “Ugh,” a rheumy-eyed public-relations rep for the house sighed by the bar of the Gilded Lily. “We dressed 12 people. We were up ’til 3 [a.m.] last night.” The Boom Boom Room, typically the coda to the Met Ball evening, was a members-only affair (read: no press) this year. So Olivier Rousteing, a lover of press, threw his own bash around the corner.

It was 11:50 p.m. and the unofficial monarchs of the Balmain nation had arrived in all their sparkly sequined splendor. Kanye West, Kim Kardashian, Tyga and Kris Jenner, each encrusted in Rousteing sheen, held court in a corner banquette of the thumping club. West snapped gum and nodded his head emphatically as his latest album blared over the speakers, seeming to enjoy his own talents more thoroughly than any other guest. Jaden Smith and his girlfriend Sarah Snyder made out in the opposite corner while a fleet of Balmain-uniformed (read: sleek, high-ponytailed and tight, superstructured micro-minidress-dressed) models bobbed around tables of ice buckets and Champagne. Beyoncé arrived 30 minutes later and curled up to Rousteing in a nearby booth. Snapchatters tried to capture the tête–à–tête but Bey’s bodyguards ruined the shots, showering the crowd of iPhones with beaming flashlights. Score one for the Luddites.