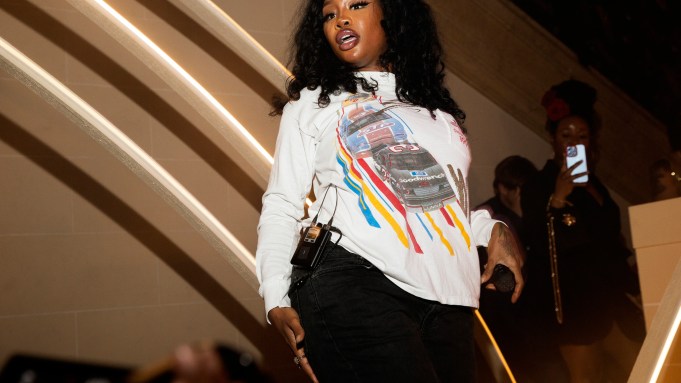 After Kim Kardashian and Pete Davidson had made their much hyped (and very tardy) arrival to the Met Gala stairs, her in Marilyn Monroe’s dress and him in Dior Men, the excitement paused for a bit for the rest of the world not inside the gala — until it was after-party time. Instagram, the night’s big sponsor, threw a party not far from the museum at the James B. Duke House mansion on the Upper East Side.

While the party had been teased as a big celebrity draw, it instead presented as more of an influencer bash (it was hosted by Instagram, after all), with a handful of designers stopping by for a drink before heading home.

“Who even are these people?” one attendee asked, and you couldn’t blame them — it was hard to spot a famous face in the crowd. The notable ones included Sabrina Carpenter, Odell Beckham Jr., Kodi Smit-McPhee, Dove Cameron and Chloe Kim, along with Brandon Maxwell, Daniel Roseberry, Christopher John Rogers, Stuart Vevers and Batsheva Hay.

Mayor Eric Adams was also there, though that’s a bit of a kiss of death in terms of cool factor for a party these days.

At around 12:45 a.m. Anderson.Paak, one half of the Grammy-winning duo Silk Sonic, took over the DJ booth, not to sing but to DJ himself. He was followed by a surprise performance by SZA after 1 a.m., and with that it was time to call it a night.

Cardi B Dazzles in Gold Versace at the 2022 Met Gala