The fashion and art crowds came out in Milan for the performance artist's latest piece.

By Alessandra Turra and Delphine Hervieu on March 26, 2012
View Slideshow 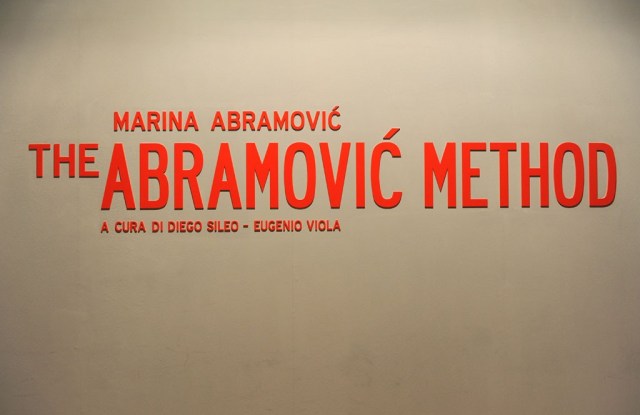 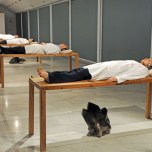 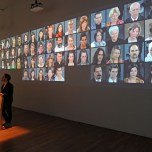 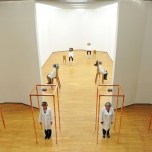 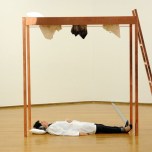 The mood was easy and cheerful on Saturday night at a cocktail event to celebrate Marina Abramovic’s performance at Milan’s PAC, the city’s contemporary art pavilion. The crowd, a mix of fashion and art figures, watched and experienced the piece “The Abramovic Method,” which relied on the participation of 21 Italian politicians. After the artist’s introduction, the participants started their “here and now” 90-minute session. Each either stood still or laid down for the duration of the performance with headphones transmitting the sound of a pendulum clock. The work underscored Italy’s critical moment, its recession and its political situation, but the artist said she believes Italians are searching for solutions: “The people who are taking part in the performance are doing it very seriously; I am so moved by them. I feel totally connected with them.”

The Milan performance was the first of a series, as Abramovic plans to organize performances that would happen at the same time in five different cities.

“I could not have imagined a better place to start this project,” she said. The first volume of the exhibition catalogue is dedicated to her work in Italy, where Abramovic has performed since 1973. “I am starting ‘The Abramovic Method’ with the best public I could possibly have,” she concluded, returning to sign a pile of 2,000 certificates for participants, documents that attest their viewing.

Attendance at the performance was mandatory for Willem Dafoe.

“I’m here because my wife [Giada Colagrande] made a documentary on this project and I wanted to be with her tonight,” the actor said. Dafoe is more than familiar with the work of Abramovic as a narrator in the play “The Life and Death of Marina Abramovic,” which was staged last year in London and scheduled to run in April at Teatro Real in Madrid. Fondazione Furla supported Colagrande’s documentary, which details how Abramovic developed her project, along with showing both its mental and physical impact on the participants.

“She is a great artist who puts her body at the center of her art,” said partygoer Roberto Bolle, La Scala’s star dancer, who was introduced to Abramovic by Givenchy creative director Riccardo Tisci. “I think this is very similar to what we do when we dance.”