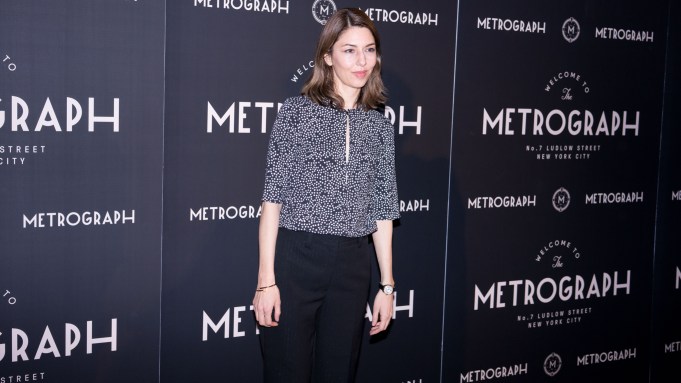 When the massive Ziegfield Theatre closed its doors at the end of January, cinephiles across New York let out a collective whimper: another legendary cinema bites the dust.

But now there’s a new single-screen theater in town, and it’s promising to fill some of the gap left by the Ziegfield. Metrograph is the first independently operated movie theater to open in Manhattan in more than a decade, and the space was crawling with indie film heavy hitters on Wednesday night.

“I’m a film nerd, so to have a new theater showing this kind of programming, and also the ability to show things on film, is fantastic,” said director Jim Jarmusch, who came out to celebrate the theater on its opening night along with many of his peers: Darren Aronofsky, Noah Baumbach, Willem Dafoe, Sofia Coppola, Dustin Hoffman, and James Marsden.

“Independent cinema is awesome, and it needs to stay awesome,” remarked Rose McGowan, sporting a buzz cut. “Any place that plays ‘Desperately Seeking Susan’ in their opening week is all right with me.”

Designer Alex Olch decided to open Metrograph after filming his own movie more than six years ago. “What’s beautiful about cinema and film is that it’s such a social art form, and I think that’s starting to be forgotten a little bit in recent years,” he explained. “What we tried to construct here is a place that would facilitate that in every way.” The theater will screen archive-quality 35-mm prints alongside digital, and also features a restaurant, bookstore and two full bars. Like the Ziegfield, it’s sure to be the site of many red-carpet openings.

“I feel like having another space like this where people can come together and enjoy film, it just feels worthwhile and important,” remarked Gretchen Mol, whose film career began in a similar theater. “When I came to New York in the early Nineties, I worked at Angelika Film Center — I was an usher. I used to have a big plastic garbage bag and throw all the [discarded] popcorn in.” Hey, you gotta start somewhere.