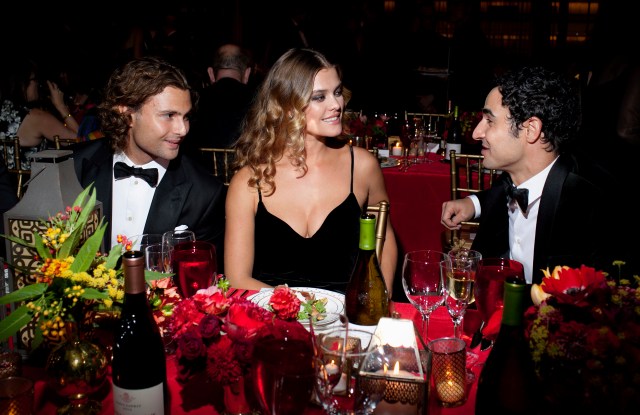 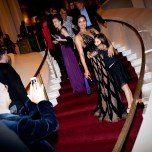 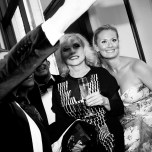 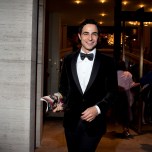 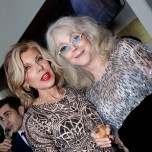 Jean Shafiroff took her final step up the stairs inside the Metropolitan Opera House Monday, nearing 6 p.m., and, looking around her for a glimpse of a camera lens, gave her gown a good fluffing before sure enough, the cameras came.

Yes, the fall gala season has officially begun, if Shafiroff in a ball gown wasn’t enough of an indication. Monday evening’s occasion was the annual opening night gala for the Metropolitan Opera, this time in honor of the production “Samson et Dalila.”

“I’m just excited to kick off the fall season — and not be in riding clothes,” said Ariana Rockefeller during cocktails, who spent the summer competing in Europe instead of her usual visit to Maine with the family. “It’s the first big event back. My family has a tradition of supporting local performing arts and I’m happy to continue that tradition. It’s one of my favorite events of the season — it just feels like such a great way to start the autumn season. You get your wardrobe for the fall, and it feels very back-to-school.”

The opera proved a family night for Adrien Brody, who brought his mother, and Padma Lakshmi, whose daughter Krishna took in her first opera at the ripe age of eight.

During the second intermission, Lakshmi and Krishna posed for photos on the staircase as Andrew Saffir snapped away on an iPhone.

It, too, was a night to get dressed up for the two of them. After wearing a J. Mendel gown to the Emmys that she had worn previously to another event (which, naturally, drew headlines), she opted to wear her backup Emmys dress, a Yanina Couture design, to the opera.

“We kind of match,” Lakshmi said, motioning to Krishna. “She’s wearing an old beaded Ralph Lauren top that I got her two Christmases ago, and I’m pretty sure this [skirt] is either Zara or H&M. And the shoes are hand-me-downs, from her friend Noah.”

After the final bow, guests moved across the plaza to the Koch building for a late dinner. The few models in the crowd loitered around on their phones — the service down in the theater was spotty, alas — while a brave photographer danced around Shafiroff’s train, snapping Brody and Clarkson deep in conversation.