The two were among the entertainers at the Creators Project event in New York. 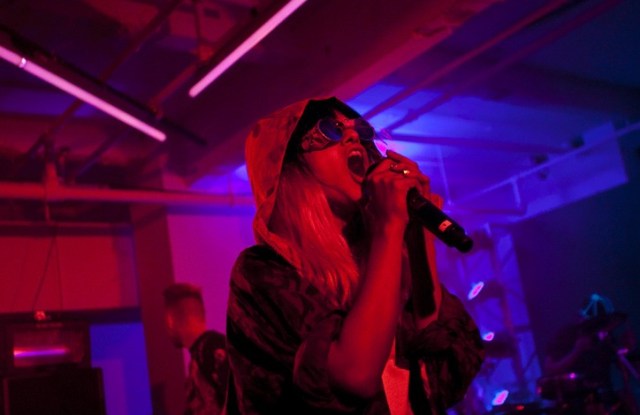 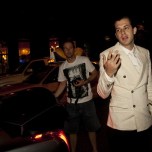 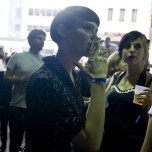 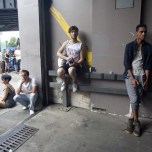 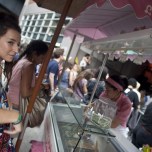 The Creators Project, an initiative founded by Vice magazine and Intel to give up-and-coming artists new platforms, hosted 12 hours of concerts, exhibits and screenings at Milk Gallery on Saturday. The event was free to the first 3,500 who registered online and it seems the hipsters in high-waisted short shorts, black-rimmed glasses, artsy hairdos, ripped tanks and lots of black-and-white stripes won out. Between 2 p.m. and 2 a.m., nearly 3,500 of them showed up for the free bar, the free L’Arte del Gelato to temper the buzz, and a lineup with enough big names — Spike Jonze, Mark Ronson, Interpol — to keep people excited.

Jonze screened his new short, “I’m Here,” a romance between robots living in Los Angeles, while bands including Sleigh Bells, Gang Gang Dance and The Rapture played on separate floors of the building. Interpol performed on the loading dock. M.I.A. was the surprise guest at 11:30, working the sweaty crowd on the second floor into a frenzy — only exacerbated by her backup crew pouring what looked like tequila for the front row.