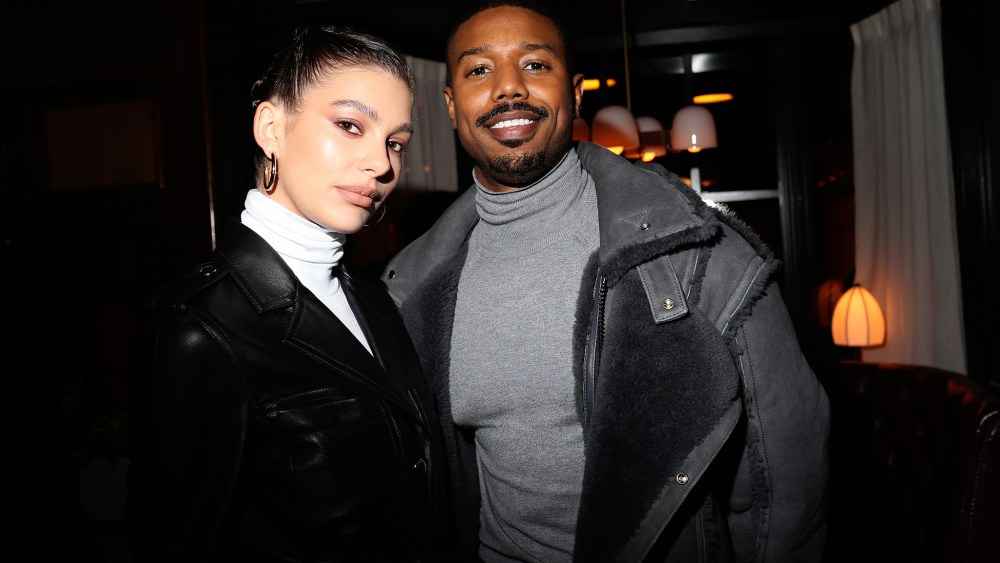 Following a surprise performance by Debbie Harry at his Coach show earlier in the day, Stuart Vevers continued the fun with a dinner Tuesday evening, held at the Standard Grill at the hotel chain’s High Line location.

Guests including Michael B. Jordan, Megan Thee Stallion, Snoh Aalegra, Camila Marrone and more joined Vevers in celebrating. The collection presented earlier in the day featured a collaboration with the estate of Jean-Michel Basquiat, and in honor, Basquiat’s sisters and stepmothers sat in the audience, while his niece, Jessica Kelly, walked the show.

“Everybody was really nice in general,” Kelly said of her experience.” Backstage was calmer than I expected it to be. [Pat McGrath’s team] gave me some pointers on my eyebrows and things like that.”

Though it was her first time walking in a runway show, Kelly said she is interested in modeling. “I think it could be a great career,” she said. In the meantime, she runs her own beauty-care line, called 4 the Love of All, which launched this past July.

Olympic fencer Miles Chamley-Watson had flown in the night before from Italy, where he’d competed.

“I hurt my back a little bit so I didn’t get a medal,” he said. “And then I leave on Thursday for London, for fashion s–t.”

He’ll be attending Tommy Hilfiger’s show; he called the designer his best friend.

“I’m very lucky and blessed to be well-received [in the fashion world] — we all know it’s a hard world to be in,” Chamley-Watson said.

The pair have known each other 10-plus years, and the chance to reconnect with friends like Hemingway was what motivated Vevers to throw the post-show dinner.

“Dree came to the show today, but you get, like, a second to say hello,” he said. “And tonight you get three seconds!”

“And this is my three seconds,” Hemingway said.

“No, but you get a bit more time to spend with the people you love,” Vevers said.

The designer heads to Austin on Friday to begin research for the next season, so the Coach dinner would serve as a Valentine’s Day celebration of sorts for him and his husband.

“My husband Ben is here so we’ll celebrate tonight,” Vevers said. “I haven’t seen him in like a week.”