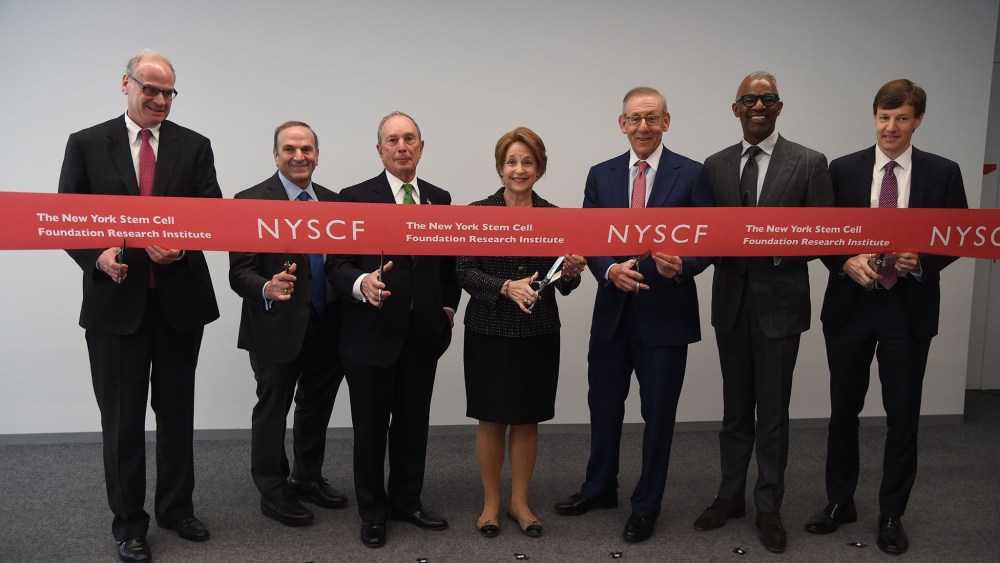 The New York Stem Cell Foundation opened a state-of-the-art new research institute and headquarters on the west side of Manhattan Wednesday morning with a ribbon-cutting ceremony and spontaneous fund-raising effort that quickly brought in $4 million for the lab from several financially well-endowed guests.

“We would not be able to start [this project] without Mike Bloomberg who encouraged us to dream big,” explained Susan Solomon, chief executive officer and cofounder of The NYSCF, of the former New York mayor. Bloomberg, who received a tour of the lab facility, was eager for a cup of coffee upon arrival to the breakfast time event.

Bloomberg recognizes the importance of this facility in not only advancing medical research, but also in boosting the city’s economy by creating a number of jobs across all levels of expertise. “If you think about the changes in all of the businesses that we write about and talk about, everything is being distrupted and this is one of the ways of the future,” explained the media tycoon.

“The rate of change in technology is increasing,” continued Bloomberg, noting the research with stem cells is driving forward all aspects of development including the shifts in consumer habits he sees with his own children. “Look at the empty stores on Madison Avenue. Most of those were clothing stores. Millennials look at things differently. My daughter [Emma Bloomberg] uses ‘Rent the Runway.’ So instead of going and buying a $5,000 dress, for 150 bucks she rents it. Nobody ever thought of things like this.”