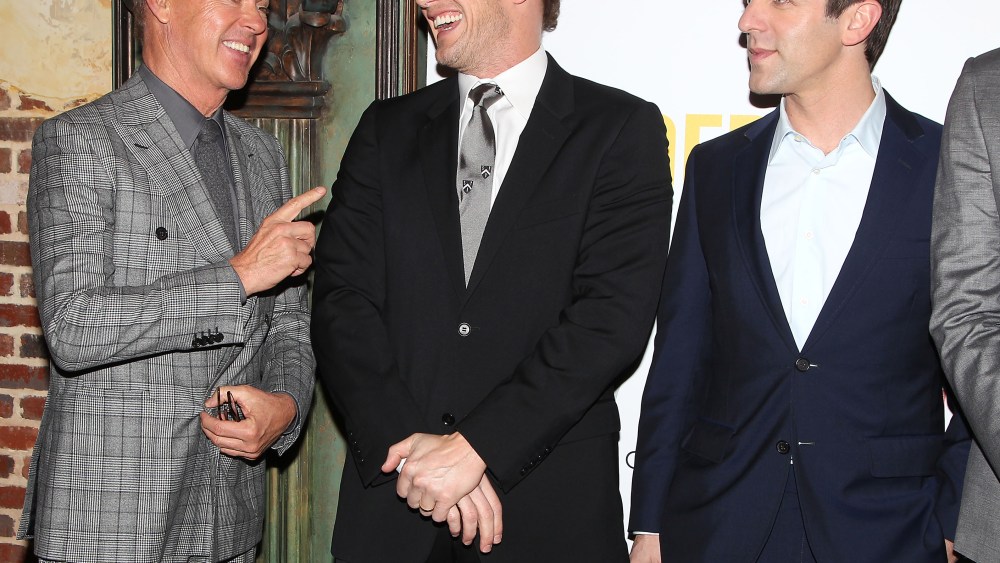 “Michael Keaton was one of my heroes growing up. Still is,” Patrick Wilson proclaimed of his “The Founder” costar on Wednesday night. An intimate crowd, along with several of the film’s cast — Wilson, Keaton and B.J. Novak, as well as director John Lee Hancock — gathered into the basement theater of The Roxy Hotel for a Cinema Society and Grey Goose-hosted screening of the film, which recounts the founding story of the world’s seminal fast-food chain. That’s McDonald’s, of course.

What prompted Keaton to sign on to portray Ray Kroc, the businessman who swindled the McDonald’s name from founding brothers Dick and Mac McDonald and built it into the fast-food juggernaut it is today?

“It’s such an interesting story,” Keaton explained before the screening, eyes darting back to the step and repeat where he’d just come from. “It just kept unfolding and getting more interesting all of the time.”

Well, that’s vague. Does Keaton have any personal frame of reference, childhood memories about McDonald’s?

Does he eat at McDonald’s now, after exploring the persona of the chain’s wheeler and dealer?

“Nope. I’m not a big red meat eater. That said, I just crushed some short ribs last night — but not often, no, I’m a pretty healthy eater,” he said, before continuing on a tangent thought. “They got to relatively healthy fast food way faster than I would have predicted, like Chipotle, and some of those [other fast casual restaurants]. I always thought when somebody does that, they’re going to make a billion dollars.”

Keaton’s costar B.J. Novak, who portrays enterprising financial consultant Harry J. Sonneborn (and the eventual first president of McDonald’s Corp.) — may just be that somebody.

“This sounds sci-fi, but I think it’s a real shot at changing everything — do you know about the companies that are using meat stem cells to clone meat in a lab?” asked Novak. (Nope.) “They take the cells of animal meat in a petri dish and grow and grow and grow it. The same as you can graft one apple into a million different apple trees, you could just get one unlucky cow and feed the world forever,” the enterprising actor continued. “I’m supporting a few companies that do that. Memphis Meats is one.”

Working on “The Founder” may not have turned the cast into McDonald’s devotees, but the Wednesday night screening did promise to usher in new franchise owners.

“I may as well tell them. There was a surprise, but why wait?” said Keaton, standing before the crowd in the cozy theater. “When you walk out, pick up a ticket. Everyone here tonight — and it’s on Harvey [Weinstein] — gets a McDonald’s franchise.”

One can only dream.