Bella Hadid Starts Her Fashion Week Out With Michael Kors

The model and designer celebrated her campaign for the brand at Dolby SoHo on Tuesday night. 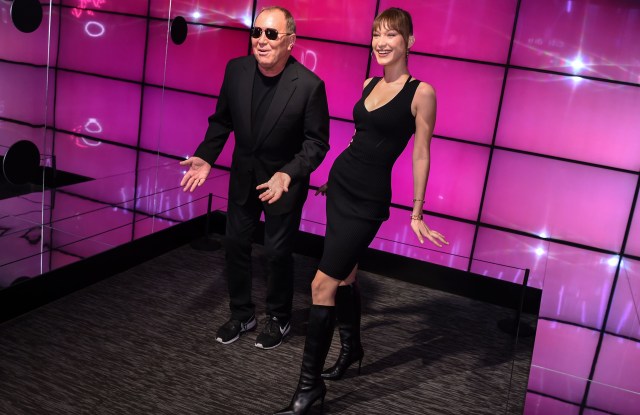 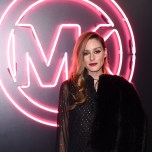 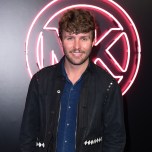 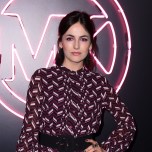 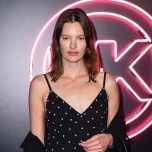 “You know how fast is life today?” Michael Kors asked — well, stated — on Tuesday night. “Life is getting faster and faster, whether we travel in real time or we travel digitally. And I think about a girl who’s on the move all the time and always looks good on the move — hence, here we are with Bella.”

Bella Hadid and the designer were holding court side by side inside the Dolby SoHo showroom, where the latest Michael Kors campaign was being celebrated in high-tech fashion. Each room of the space was turned into an immersive, interactive experience; as guests walked in, they entered a 360-projected environment of the “MK” logo; continuing on, they encountered clips from the David Sims-lensed campaign, and a chance to star in their own Michael Kors campaign — if just for their Instagram accounts. Downstairs, guests were welcomed — after signing a release — to a MK playground of a seesaw and giant logo swing.

“You know, I always say what I love about working with Michael is he’s so hands on,” Hadid said. “It’s such a big effort that he makes for the shoot to make it all happen — obviously to do the whole collection and everything — so it’s really beautiful to be able to work so hands on with him. And he’s such a big energy and on set, it’s so fun.”

For the week ahead, Kors is channeling all of that energy into his upcoming runway show.

“She just said to me, ‘Isn’t the weather amazing?'” said the designer, referring to the balmy mid-winter day in New York, which had left some sartorially confused. “I had no idea that it was nice today. I’m like a prisoner of fashion, I have no idea what the weather is — could be snowing, could be sunny. I mean, honestly, until the show is over, this is it: This is the one Michael Kors out-of-the-studio moment,” he said, adding he had one other objective for the week. “No french fries for me. That’s my goal: no fries for the week. But I will break it by Sunday, I know it.”

While Kors is studio-bound, Hadid is all but destined to be a girl on the move in the days ahead. “I’m so focused on working,” the model said. “It’s fun to be able to do these events and be able to call this work and do it together, but then I think I’m just the same: back to work. And we start fittings for fashion week so it’s a lot of time put in starting tomorrow.”

What to Do During NYFW: Men’s