The designer celebrated his Studio 54 capsule collection with Pictionary at Bergdorf Goodman followed by a party at the Fleur Room with Interview magazine. 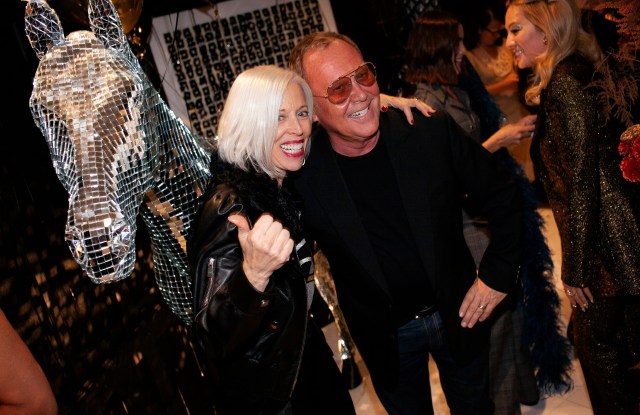 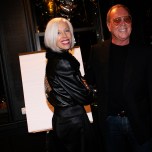 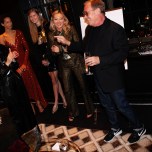 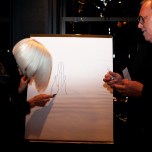 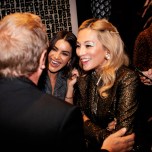 “You know, I didn’t realize that I was up against a wizard, but I should have known,” said Michael Kors. The designer was celebrating the launch of his Studio 54-inspired capsule collection at Bergdorf Goodman with an intimate group of customers on Thursday night, and had just lost a competitive tournament of disco-themed Pictionary — with a little charades thrown in — to a team led by none other than Linda Fargo. “They were tough, I have to say — tough clues, tough categories.”

The clues drew from familiar personalities of the famed nightclub — Cher, Andy Warhol — and while Kors may be a household name now, he was just a teenager from Long Island when he started attending with his friends.

“The first time I went — I don’t know how on earth we got in, I guess we looked pretty cute — we were 17 years old, and it was the night of my senior prom. I didn’t go to prom, I went to Studio 54 instead,” Kors said. “Dinner in SoHo first, back when SoHo was…not what it is now. Funny enough, everything in life I always think comes full circle. The restaurant we ate at in SoHo was called WPA, and it was designed by an architect named Scott Bromley. Scott, coincidence — I was 17, I had no idea — Scott also designed Studio 54, and he was the architect for my house on Long Island.”

It all came full circle for the designer at Bergdorf’s, too. The retailer was the first to carry the designer’s collection, and Kors himself started designing while working across the street at Lothar’s.

“Literally across the street, and on more than one occasion I would go directly to work from the club during the week. We’d stop, we’d have a little breakfast, and I ended up always having plastic glitter and flakes in my hair, and I’d shake it out and start the day. But at 19 you could do that. I wouldn’t do it now,” he added.

“When I go back and I think about it, I moved to New York, the city was disgusting, we had the Son of Sam, we had a murderer on the loose, garbage on the streets, and at a certain point you could think, ‘Oh, the world is ending.’ But when you walked into Studio 54, you were in this magical place,” he continued. “And I think right now we need joy, we need glamour. And because people can feel sad or depressed, or we’re overwhelmed by our phones now, I say ‘Dress with abandon, and dress with glamour.'”

“If I were Michael Kors, I would say ‘hashtag rematch,'” said Fargo, who had helped lead her team to victory just minutes before. “My team was psychic. All I did was shake my white hair and they knew I meant Andy Warhol.”

Like Kors, Fargo was just a face in the crowd the summer Studio 54 opened — unrecognizable by owner Ian Schrager, but you didn’t have to be famous for the club to leave its mark.

The Studio 54 vibe hit a little closer to its source material later that night when the party moved down to The Fleur room in Chelsea. Michael Kors had linked up with Interview magazine for the second part of the night, and to riff on the unpredictability of the Studio 54 atmosphere they tapped dancers in glittery bodysuits — including one on roller skates — and a model to hold the reins of a white horse sculpture.

Hunt and Mafalda are a prime example of Kors bringing people together; the pair were introduced at the designer’s fashion show by Camila Coelho.

“Camila, I was like, ‘Can you just introduce me to one person?’ And she brought me over to Mafalda, and we’ve been friends ever since,” Hunt said. Unfortunately, they were born a few decades too late to experience Studio 54’s heyday. “Maf and I would have loved to be a Sixties Flower Power girl.”

“I get to come experience a little bit of what it would kind of be like,” said 24-year-old singer Skye, glancing around the glittering room. “Other than loving Michael Kors, I love a great theme party.” She’s planning to unveil her first fashion collaboration next week — she couldn’t say with whom, but did offer that the collection will be “really dope and affordable.”

With Ruby Aldridge behind the DJ booth, the party continued on until midnight — early by Studio 54 standards. But, like Kors said, we’re not 19 anymore. 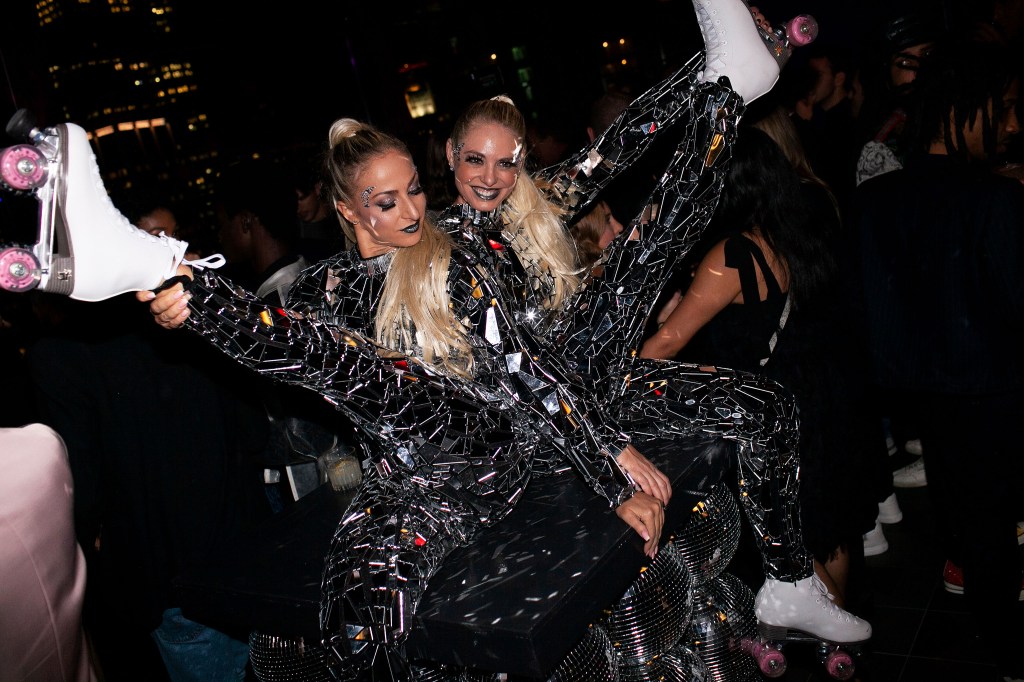 At the New York Philharmonic Fall Gala, a Break With the Past