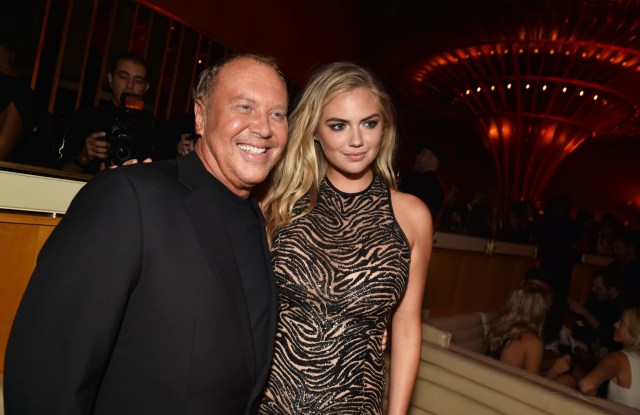 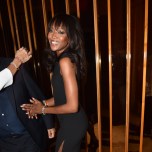 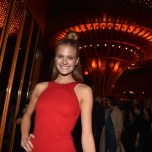 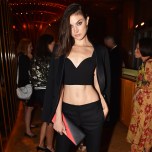 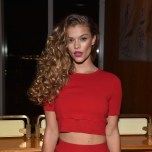 New York Fashion Week has reached its halfway point, when it’s easy for the fashion set to start dragging their well-heeled feet. But who better to combat fashion fatigue than Michael Kors? On Sunday night, he threw an extravagant party for the launch of his Gold Fragrance Collection at the Boom Boom Room.

“He’s so much fun, he is the light of the party, the light of the room and he’s just a great person to hang out with,” said Kate Upton. “He knows how to have a good time,” agreed Hailee Steinfeld, before inquiring, “Are you cold? Because I’m cold.”

It was unseasonably chilly, sure, but the gold carpet, rolled out underneath The High Line, still drew iPhone-wielding crowds, which tittered when Upton strolled in, all chest, and gasped a little when the evening’s performers, Duran Duran, posed for photos. It swelled, though, when Mario Testino nearly jogged by with Naomi Campbell on his arm around 9:45 p.m. (“Yassssss Naomi,” was the general chorus.)

It was apparently just what the doctor ordered midweek. “I seriously take a chill pill, which means I try to have fun everywhere I go, and not take things so seriously,” said model Grace Mahary, on her fashion-week survival plan.

Others had more practical advice. “I’m just trying to get as much sleep as I can, or naps when I can, and lots of coffee which is not necessarily good, but I unfortunately just resort to that in desperate moments,” said model Jacquelyn Jablonski. And from the man himself, Michael Kors had perhaps the most realistic recommendation: “Make sure you have a tan, don’t eat too many French fries, get a pair of good glasses and you’re ready to roll.”

“I love a party at the Boom Boom Room,” said Duran Duran keyboardist Nick Rhodes before heading upstairs. “It makes a good backdrop.” Ah yes, that perennial fashion crowd favorite and the site of many-a-party this week. At this point, everyone seems well versed in the Boom Boom bob-and-weave, maneuvering around the oversize circular bar and through the masses. In fact, the only time everyone stood in one place was when the band took to the stage.

The backdrop, by the way, is rendered mostly in gold, a happy coincidence for the name of the fragrance. But what does the precious metal smell like anyway? “It smells like a winner,” said Upton. “Gold to me smells like optimistic glamour. It’s happy, it changes your spirit, it changes your mood,” said Kors.

It was Jaime King, though, who said it best: “What do I think gold smells like? Money.”