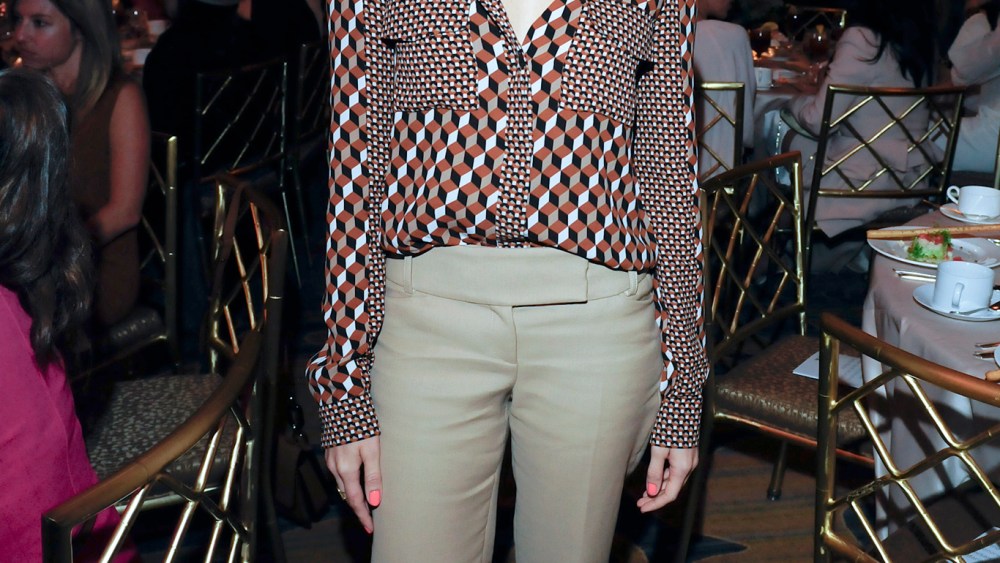 “I believe women run the art world and this is a room full of women who are leaning in,” said Minter, calling out Aileen Getty, Helen Molesworth, Bettina Korek, Sean Regan, Lynda Resnick, Jeanne Greenberg Rohatyn and Sylvia Chivaratanond, among others present in the Beverly Wilshire ballroom. She also offered her two cents on the presidential election, adding, “I love Bernie, but Hilary can win.”

Next, MoCA director Philippe Vergne, who served as the master of ceremonies, introduced the museum’s former chief curator, Paul Schimmel, who spoke about his old friend Gersh, a charter member of the 35-year-old museum. “She’s bringing it into the next generation,” he said, noting that women were also instrumental in the development of The Whitney and MoMA.

Given that Michael Kors presented a fall 2015 runway show as the finale, there were a handful of Kors-clad, next-generation women at the event, including Aubrey Plaza, Camilla Belle, Alison Brie and Erin Foster.

Plaza, who has “Dirty Grandpa” with Robert De Niro and “Mike and Dave Need Wedding Dates” with Zac Efron and Anna Kendrick coming up, was in need of a little break from work. “I’m really into it,” she said, referring to the event and her Seventies-inspired Kors blouse. Brie, on the other hand, had just wrapped the new Julian Fellowes series “Doctor Thorne” in London and is about to shoot a to-be-announced film in Toronto. “I can’t talk about it just yet but you’ll hear soon enough,” she teased.