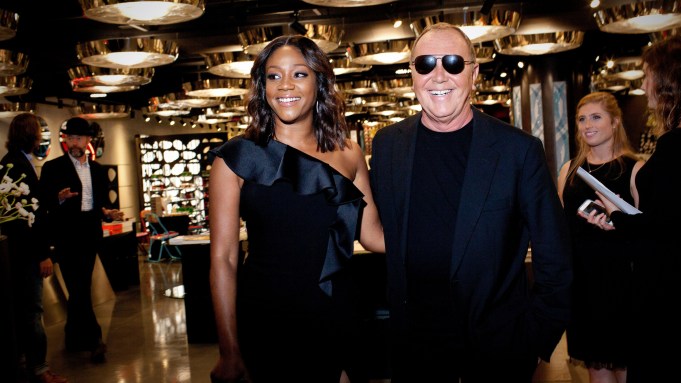 By the eighth and final night of New York Fashion Week, the temptation for editors and VIP front row attendees to exchange a night of parties for one at home is strong.

But after the models had taken their — much-delayed — finale lap up at Marc Jacobs, the “fash pack” did not call it a night but rather trekked downtown, in the rain, to 10 Corso Como, where Michael Kors was set on serving up some fun and relaxation. Having shown his latest collection earlier that morning, Kors took over the newly opened Seaport space for a casual Italian dinner that drew much of his front row from that morning and media people alike.

“You know what, we try to start the day with something that was happy and upbeat,” Kors said between courses, making sure everyone was enjoying themselves. “I think a lot of fashion parties can feel very formal, and I said, ‘You know what, I just want people to be able to hang out and feel relaxed.’”

After opening with a dinner earlier in the week, Kors’ party was the first big fashion event to take over 10 Corso Como.

“I got to do the shopping tour earlier. And I said, ‘Now I have a new neighborhood to shop in,’” Kors said. “That’s what’s so great in New York: a store like this can change a whole neighborhood. It kind of reminds me of when Jeffrey first opened in the Meatpacking. It’s the same kind of thing.” As for his dinner party? “I think everyone is excited to see something new, and to see friends and let off some steam without dancing until six in the morning.”

“I will sleep a little bit late then I have advertising meetings all day, and then we’re going to Greece tomorrow night,” he said. “And then we go to Milan and start all over again! You know — it’s fashion.”