Michael Kors Is All About Slim Aarons’ Photography at Bergdorf Goodman

The designer shared Slim Aarons' appreciation for stylish, well-traveled women who liked to plunge into life. 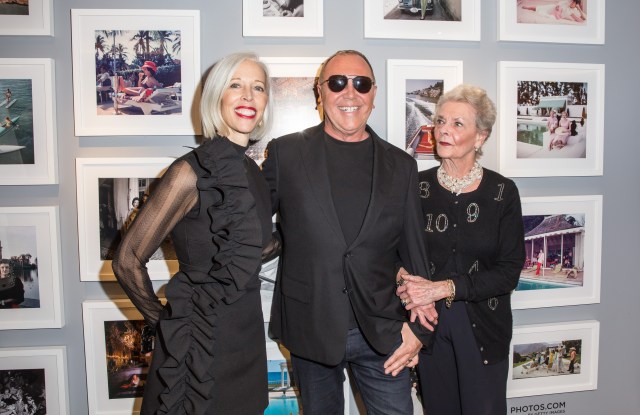 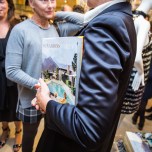 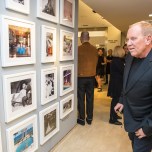 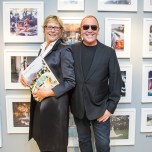 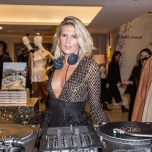 Michael Kors’ affinity for Slim Aarons’ photography is more than a shared aesthetic and capturing a well-lived way of life.

As guests studied framed color prints of Aarons’ poolside sunbathers and Alexandra Richards DJ’d at Bergdorf Goodman, the designer said he once stayed at a hotel because of an Aarons photo. “The hotel didn’t live up to the photo. But I wanted the setting,” Kors said. “Let’s be honest — he was doing a glamorous Instagram photo before Instagram was even thought of.”

The event at the Fifth Avenue store celebrated Kors and the new book “Slim Aarons: Women” by the photographer’s former assistant, Laura Hawk. The icebreaker of the night went to Maria Cooper, who told Kors that her father is featured in Aarons’ “Kings of Hollywood” photograph without actually naming the late actor. “Slim had what anyone who captures a moment has,” Kors said. “When you know that’s the moment. That’s why we’re still looking at them 60 years later and they don’t look old.”

His alignment with Aarons’ imagery is multitiered. Kors said, “I like anything that is about movement, anything that kind of deals with this balance of fantasy and reality. I love sea. I love ski. He did, too. I like the personality of the woman, and he did, too.”

When Kors opened his Worth Avenue store, Aarons’ photos were showcased in the windows. That was a welcome sight for many Palm Beach-ers, who pointed out familiar faces when they arrived. “They never brought anything on a shoot. They never told the women, ‘No, wear that instead of that. No hair, no makeup — no nothing,” Kors said.

His enchantment for all things Aarons can be found in the décor of a hideaway that is still under construction. Rather than refer to guest rooms by guest room A, B of C, Kors said he is differentiating them with Aarons’ photographs from Capri, Palm Beach and Saint-Tropez. “We decided what could be more magical than to fall asleep to Slim Aarons at night?”

When he travels, Kors said he always looks at local party photos “to get a flavor for the town, what are people wearing, where do they go. When I was a kid starting out at 22, I didn’t know any of this. Bill Blass said, ‘Travel. You’ll meet people. You’ll know.’ And it’s true. How do you know otherwise?”

Referring to a 1959 photo of Babe Paley at ease in Round Hill, Jamaica, Kors said, “Every girl I know poses in a door frame like Babe Paley on vacation hoping for that kind of slouchy elegant moment. The picture of Jackie Kennedy seated at a table with the strapless on [in 1959] — every party picture at a table, every woman wants to be that.”

So who might be the Slim Aarons of today? Kors singled out Tommy Ton. “Lifestyle pictures today are on the street. We’ll see 30 years from now what those street images will do for us. Street photography, when it’s great, does last,” Kors said. “Think of WWD’s classics leaving La Grenouille — the Duchess of Windsor or Babe Paley, [Aristotle] Onassis with his cigar and Jackie with her black double-breasted coats. We’re still looking at them. The best of the street will be that, even maybe in front of the shows.”

However, another factor may be the volume of photos we see each day. “The only difference now is we’re flooded with too much imagery,” he said. “But we’re not numb to these [Aarons photos]. Honestly, you want to jump into them.”