Milan’s AmfAR Gala Was All About the Boys 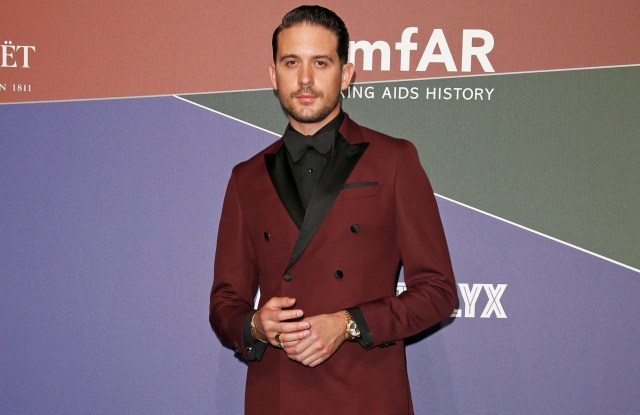 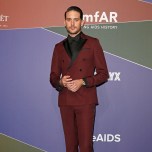 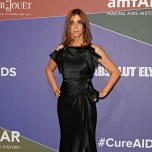 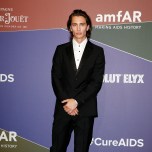 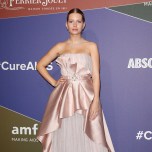 LET’S HEAR IT FOR THE BOYS: AmfAR galas usually have their fair share of glamorous guests, from actresses to models and socialites. But at the 11th edition of the gala, held in Milan on Saturday, it was the men that really shone.

A dapper-looking G-Eazy stole the black carpet in a burgundy Hugo Boss suit, making the crowd of photographers go wild by snuggling up to his girlfriend, model Yasmin Wijnaldum.

Past model Jasmine Sanders — who lived up to her Instagram handle Golden Barbie in a breathtakingly tight diamanté dress — and actress Kat Graham, dangling a leather Ellery bag shaped like a cauldron in a playful nod to her witch character Bonnie on TV show “The Vampire Diaries,” a shy-looking young model had curiously familiar cheekbones. It turned out to be James Turlington, nephew of Nineties supermodel Christy Turlington Burns, who has just been signed by IMG Models.

“I’m pretty new to all this,” laughed the 25-year-old, taking in his surroundings.

For his first season in Milan, Turlington walked the Prada show on the opening day of Milan fashion week and worked the Fila presentation.

“Everything has gone so fast in the last two weeks,” he shook his head bemusedly. “But I’m loving it so far. I’m heading to Paris next week for castings — I’m excited to do Paris Fashion Week for the first time. It’s going to be crazy. I definitely need to get some sleep before it.”

There is no getting used to it, according to Lucky Blue Smith.

“It’s still really weird running into posters of yourself on the street, honestly,” said the 21-year-old, whose campaign for Armani Exchange, in which he poses alongside his sister, Pyper America, is plastered all over Milan.

“I still think of myself as the 14-year-old punk kind who kind of just messed around,” he confessed. “I’m still getting used to it. It’s definitely weird.” The feeling might get even stranger: Smith is preparing a career in films, and will begin shooting his second feature in January 2020.

But the man of the evening was Federico Marchetti, who was delivered amfAR’s Award of Courage by Carine Roitfeld on the stage of the Palazzo Mezzanotte, in recognition of his outstanding commitment to the fight against AIDS.

“Courage is about following beliefs against all odds,” said the chief executive officer and chairman of Yoox Net-a-porter group. “When I started Yoox 20 years ago, right before the dot-com bubble burst, I remember a journalist asking me, ‘Are you crazy?’

“I chose to be based in Italy because I thought it would be good for my country, which was facing a high unemployment rate especially for the very young. My decision ended up helping a lot of people find a job. As a result, the majority of our employees are under 33 years old, something I am very proud of.”

The evening continued with the traditional amfAR auction. A steamy picture of Cindy Crawford and K.D. Lang, shot by Herb Ritts for the cover of Vanity Fair in 1993, went for 60,000 euros, while a Bulgari necklace and earrings set, modeled on stage by Lady Kitty Spencer, went for 50,000 euros. The night ended with a concert by British pop star Rita Ora.